A Blossoming Poppy Field in Normandy 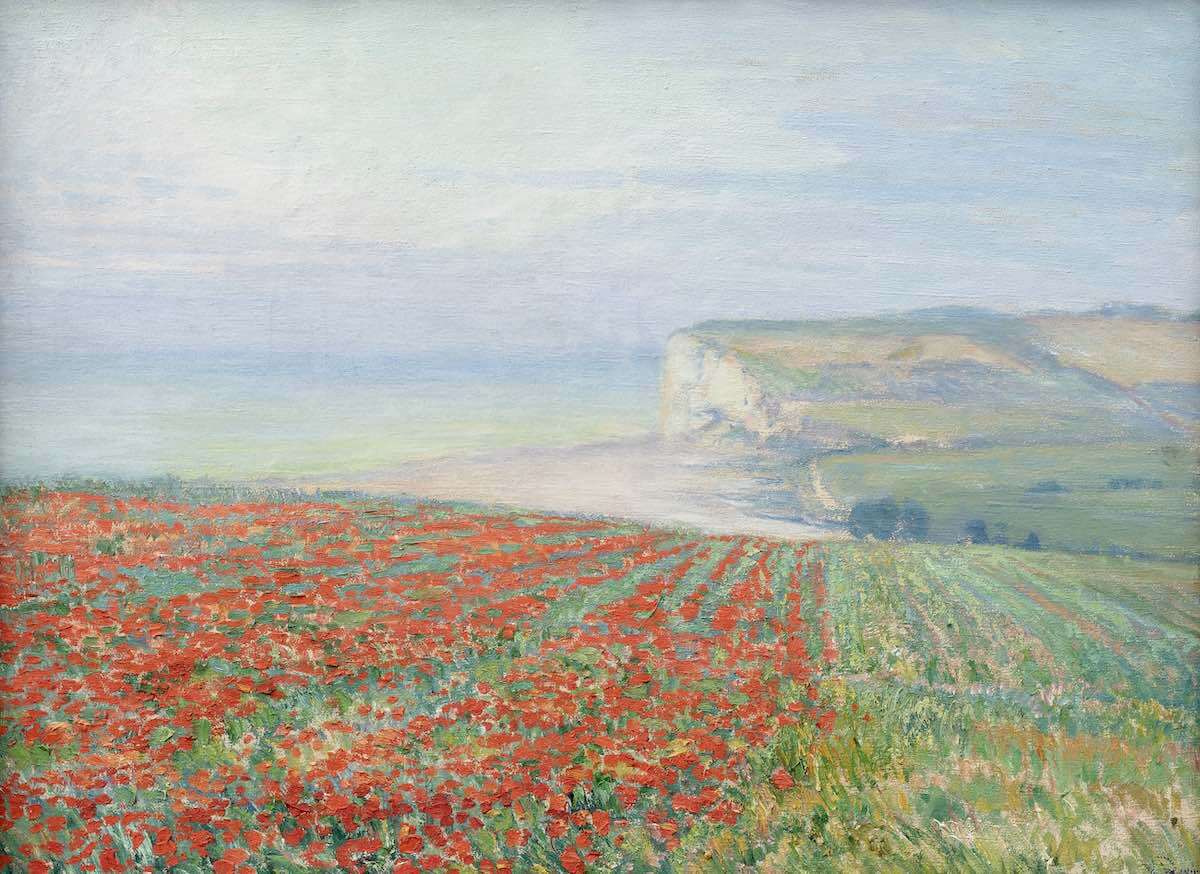 From Dieppe to Le Havre the coast presents an uninterrupted cliff, about a hundred metres high and straight as a wall. Here and there that great line of white rocks drops sharply and a little narrow valley with steep slopes, shaved turf and maritime rushes, comes down from the cultivated plateau towards a beach of shingle where it ends with a ravine like the bed of a torrent. Nature has made these valleys; the rains of storms have ended with them in the shape of these ravines, trimming what was left of the cliff, excavating down to the sea, the bed of waters, which acts as a passage for mankind. Sometimes, a village is snuggled into these valleys, where the wind of the open sea is devoured.

The ‘Alabaster Coast’ of Normandy with its majestic white chalk cliffs has been a popular destination for artists since the mid-1800s. Delacroix, Corot, Courbet, Boudin and later Impressionists like Monet, Pissarro and Renoir, painted there, where they found an idyllic countryside and a coast of imposing beauty conveniently close to Paris. The writer Guy de Maupassant, who was a native of the region, described its exceptional light: ‘I have seen so many other painters pass through this little valley, doubtless drawn to the quality of light, so unlike anywhere else! The daylight is as different to places just a few leagues away as the wines of the Bordelais. For here it is dazzling without being harsh; everything is bright but not startling and all imbued with a remarkable subtlety’. [1]

Claude Monet visited the Norman Coast several times throughout his career to paint the beaches and cliffs at Saint Adresse, Fécamp, Pourville and Varengeville, as well as the bucolic hinterland with its picturesque villages and expansive wheat and poppy fields. His depictions of the spectacular chalk cliff formations at Etretat, shown in different weather and light situations became the artist’s most frequent subject matter of the 1880s and are regarded as icons of Impressionism.

Monet, who became a legend during his lifetime, spent his last 30 years in Giverny, a village on the shore of the Seine in eastern Normandy, where he attracted a large entourage of artists, who idolized him. One of them was the Czech painter Vaclav Radimsky, who moved to Giverny in the early 1890s and stayed until the end of WW1 in 1918. Radimsky, who maintained a floating studio on the Seine, just like his idol, was acquainted with Monet, and both men occasionally painted together. Radimsky’s Blossoming Poppy Field in Normandy is unquestionably inspired by Monet’s style. The work shows a gloriously blooming meadow under friendly summer skies. A beach, white cliffs and a greenish-blue sea lay in the misty distance. The specific locale of the scenery cannot be identified for certain, however, it shows a resemblance to Claude Monet’s images of Pourville. 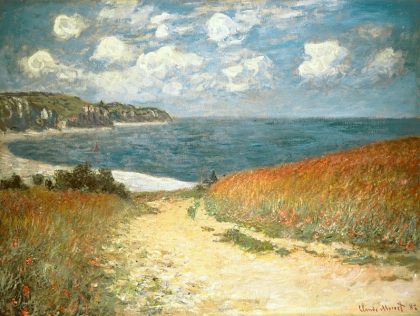 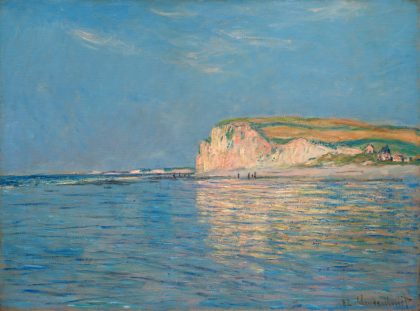