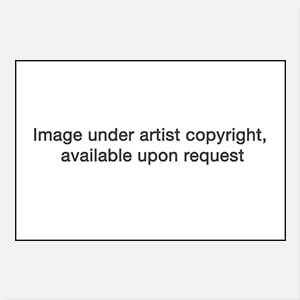 The complete portfolio, comprising ten engravings over lithographs printed in colours on sheepskin, 1974, each signed in black ink, numbered 221/250, also signed in ink on the justification and cover, with title-page, text by Sigmund Freud and justification, on wove paper, loose (as issued), contained in the original Plexiglas folders and burgundy suede-covered portfolio with molded tin relief of Moses on the cover.

“Without hesitation I place Freud among the heroes. He has dispossessed the Jewish people of the greatest and most influential of all heroes: Moses. Freud proved that Moses was an Egyptian, and in his prologue to his book about Moses − his best and most tragic − he pointed out to his readers, that this argumentation had been his most ambitious and most difficult task, but also the most corrosive and most bitter.”

Since his youth, Salvador Dali had been particularly intrigued by the teachings of Sigmund Freud, the founding father of psychoanalysis. Freud’s theories about the life of the mind had a tremendous influence on Dali, and many of his artworks explore the unconscious, sexuality and dreams.

Later in his career Dali illustrated several iconic works of world literature, among them Boccaccio’s Decameron, Fontaine’s Fables, Carroll’s Alice in Wonderland, as well as works by Shakespeare, Casanova, and de Sade. Dali‘s edition of Sigmund Freud’s last publication, Moses and Monotheism, was published in 1974 and consists of Freud’s text, accompanied by ten engravings. The artist drew the images with a diamond stylus directly onto massive gold printing plates and printed them in colour on lambskin. The volume is bound in a massive album with a cover that is luxuriously decorated with Dali’s rendering of Michelangelo’s iconic Moses sculpture in silver-plated relief.

Dali’s foreword starts with the words:

“Confucius, who betrayed us, like the Chinese, moves away to the stock exchange to the sound of Beethoven’s Pathethique. In the time o the Egyptian pyramids the train station of Perpignan already had protected Europe and Africa for two billion years from the famous drifting of the continents….” The text rambles on in a nonsensical manner, and one can sense Dali’s diabolic amusement about the reader’s likely bewilderment.

Sigmund Freud published Moses and Monotheism (Der Mann Moses und die monotheistische Religion) in 1939, when he was 82, and had just fled his native Vienna for London, due to Nazi persecution. It was the last work he published before he died the same year.

In Moses and Monotheism Freud applies his psychoanalytic theory not to a person but to an event in history. He contradicts the biblical story of Moses, suggesting that he was not of Hebrew heritage, but actually born into ancient Egyptian nobility. Freud speculates that Moses was probably the follower of the ancient Egyptian Pharao Akhenaten (ca. 1350 BC). Contrary to Akhenaten’s ancestors, who worshipped a multitude of deities and lavishly prepared the dead for the afterlife, the Pharao believed that all life on Earth was dependent on the energy of the sun. Based on this insight he developed the first monotheistic religion, which included a moral code but not the belief in the hereafter. Akhenaten solely worshipped the sun god Aton, who was symbolized by the sun disc.

Freud suggests that after Akhenaten’s death the old polytheistic priest systems tried to reestablish its power in Egypt, and destroyed all symbols and monuments of this novel monotheistic religion. Moses, as a follower of Akhenaten, subsequently transmitted this religion to the Hebrew tribes, and fled with them from Egypt to the Sinai Peninsula, where they settled and mixed with the Midian tribe, who worshipped the volcano god Yahweh. According to Freud, Moses was murdered in a religious battle between the Hebrew tribes. His closest allies, the Levites, however, kept the worship of Aton alive. Freud argues that the Jewish people’s collective guilt about ‘murdering their father’ was inherited through generations, and that they compensated their trauma through fervent Moses-worship.

Freud, who was an admirer of Egyptian culture since his childhood and an avid collector of Egyptian artifacts, regarded Egypt as the source for the universalizing character of Jewish religion. He argued that the belief in an invisible god improved the Jewish people’s capacity for abstraction, and made them particularly adaptable to professions that require conceptual thinking – e.g. finance, law, and academia. He regarded the “inwardness” of Judaism as an “advance in intellectuality”. Freud wrote that “the prohibition against making an image of God — the compulsion to worship a God whom one cannot see,” meant that in Judaism “a sensory perception was given second place to what may be called an abstract idea — a triumph of intellectuality over sensuality.”
Salvador Dali had met Sigmund Freud, whom he passionately idolized, only once. In his autobiography he mentions “long and exhaustive imaginary conversations” with Freud, and even dreaming that he “came home with me and stayed all night clinging to the curtains of my room in the Hotel Sacher.” The actual encounter between the artist and the analytic took place on 19 July 1938 at Freud’s home in London. A mutual friend, the writer Stefan Zweig, arranged the meeting. Then 34, Dali was already recognized as a key figure in the surrealist movement. Freud’s artistic tastes, however, were rather conservative. He appreciated Old Masters and was suspicious of contemporary avant-garde art. Dali brought one of his paintings, The Metamorphosis of Narcissus, and a magazine article about paranoia, that he had authored, to the meeting, but was deflated by Freud’s apparent lack of interest. According to Dali, the encounter was a complete failure. Freud, however, was more impressed by him, than Dali sensed. The next day Freud wrote to Stefan Zweig:

“I really have reason to thank you for the introduction, which brought me yesterday’s visitors. For until then I was inclined to look upon the surrealists – who have apparently chosen me as their patron saint – as absolute (let us say 95 percent, like alcohol), cranks. That young Spaniard, however, with his candid and fanatical eyes, and his undeniable technical mastery, has made me reconsider my opinion.”

1. Dream of Moses
2. Nightmare of Moses
3. Engulfment of Horus
4. Moses Saved from the Waters
5. Yahweh Parts the Sea
6.Transfer of Traditions
7. Moses and Akhenaten
8. The Tablets of the Law
9. The Tear of Blood
10. The Famine