Portrait of a Lady, Aged 78 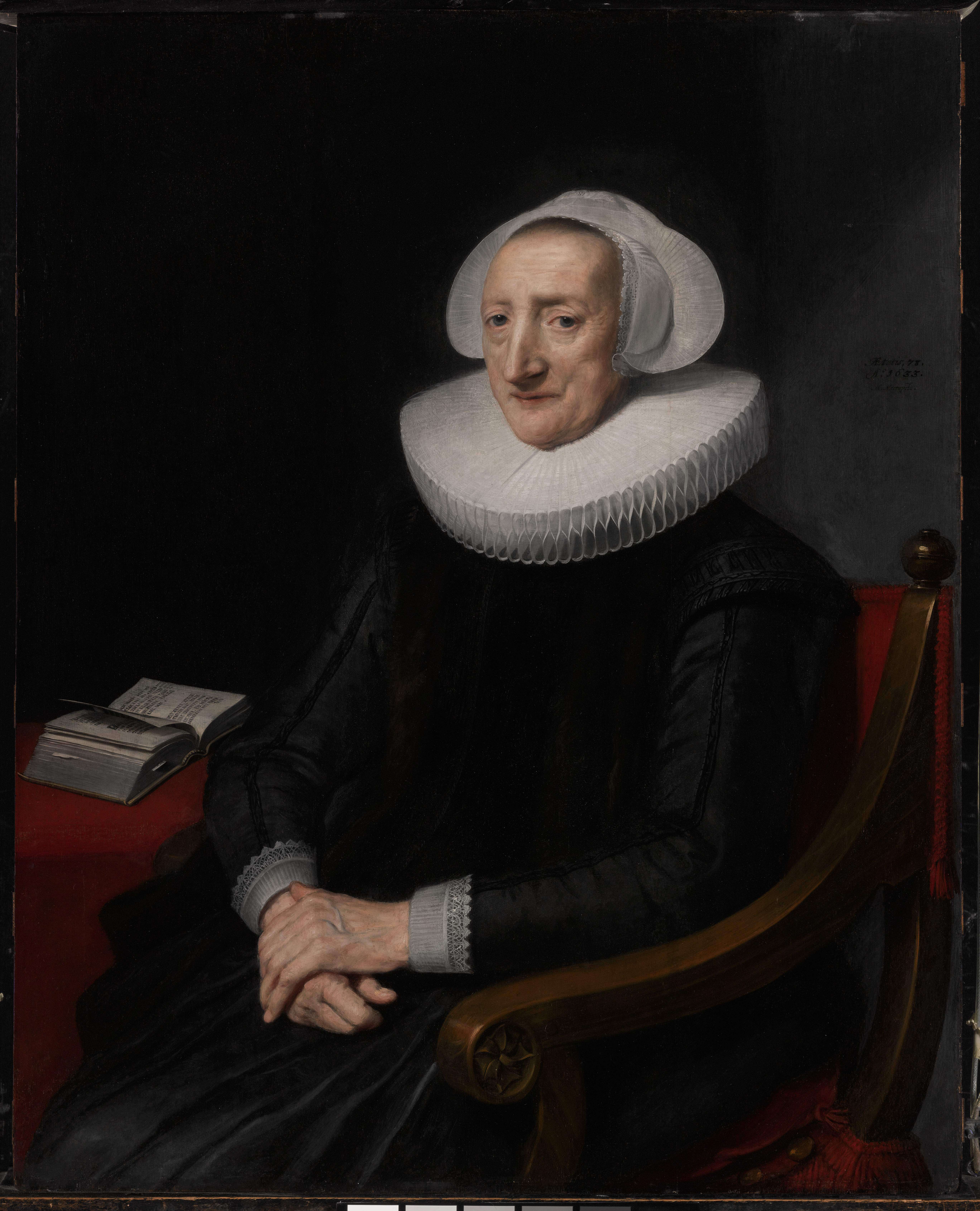 Michiel Jansz. van Miereveld was one of the most successful Dutch portrait painters of the early seventeenth century. He was admired for his remarkable artistic skills, and had the reputation for producing honest and accurate depictions of his sitters. Mierevelt was the official painter at the court of the Stadholder in Delft, and also enjoyed the support from the House of Orange, who commissioned numerous portraits of their family members.

Signed and dated 1633, this portrait of an elderly lady was painted when the artist was at the height of his career. The sitter is not identified by name, but her age is noted by the inscription ‘Aetatis 78’. 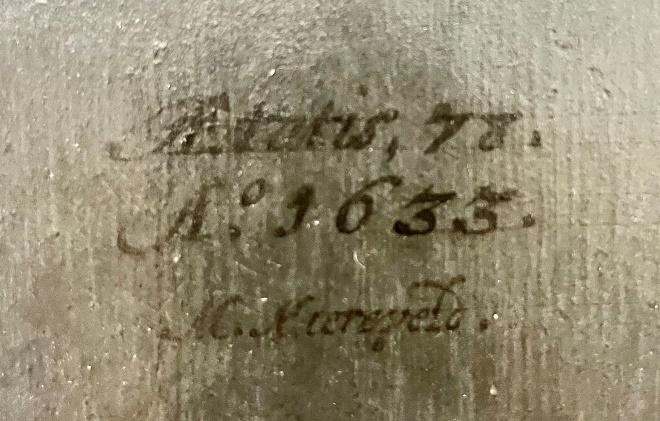 The portrait is restrained and conservative in technique and composition; the details of face and costume of the lady are rendered with the same meticulous attention. She is depicted seated in a wooden armchair, upholstered in red velvet, with and open book lying beside her on a table, covered by a red tablecloth. Her hands are folded in her lap, her gaze is direct and earnest. The woman’s black dress, accented with fine white lace cuffs and an oversized lace ruff, is a typical Netherlandish dress of this era. Elaborate linen ruffs, which were fashionable for both men and women in the Netherlands during the sixteenth and seventeenth century, were prized possessions, often found listed in inventories of estates. The lady’s hair is covered by a white lace-trimmed bonnet. She wears no jewelry, but her black coat is elaborately embroidered and fur trimmed, indicating that she is of considerable wealth and status.

The portrait has an intriguing ownership history. For about 200 years, between the early 1800s and 2005, Portrait of a Lady, Aged 78 has been in two important princely collections in Germany. In 1808 the work is listed in the inventory of Count Friedrich Moritz von Brabeck at Söder Castle, near Hildesheim (Catalogue de la Galerie de Soeder. Par le propriétaire de Comte de Brabeck, 1808, plate XIX bottom left, as “Aetatis 78, anno 1633, M. Miereveld”). 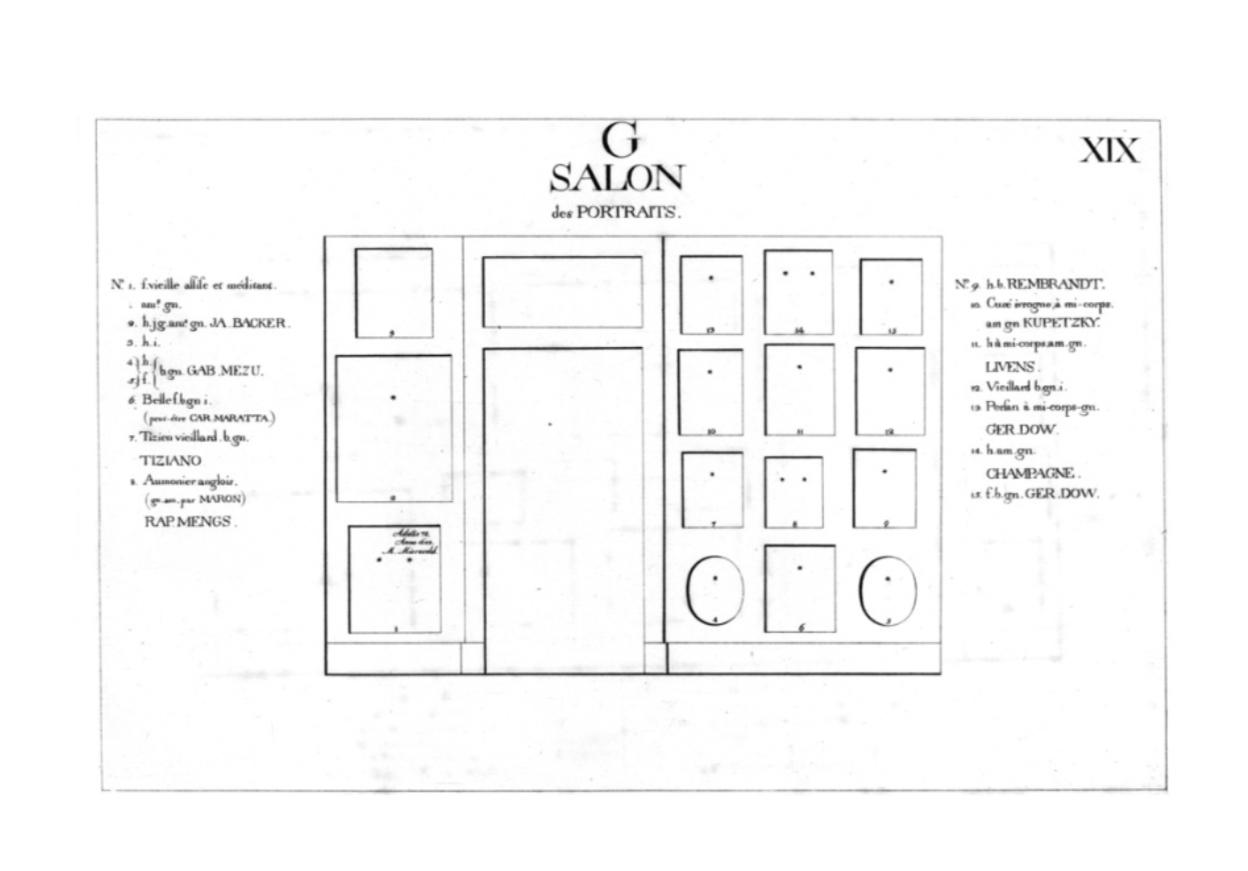 In 1788 the count had transformed his family’s modest medieval castle into a fabulous baroque palace complex, which he filled with his exquisite art collection, comprising of more than 400 paintings, among them masterpieces by Raffael, Leonardo da Vinci, Titian, Rubens, and Rembrandt. After his death, his son-in-law Count Andreas zu Stolberg-Stolberg put the prized collection up for auction in Hanover in 1859. The present portrait was included in the sale as lot 167. 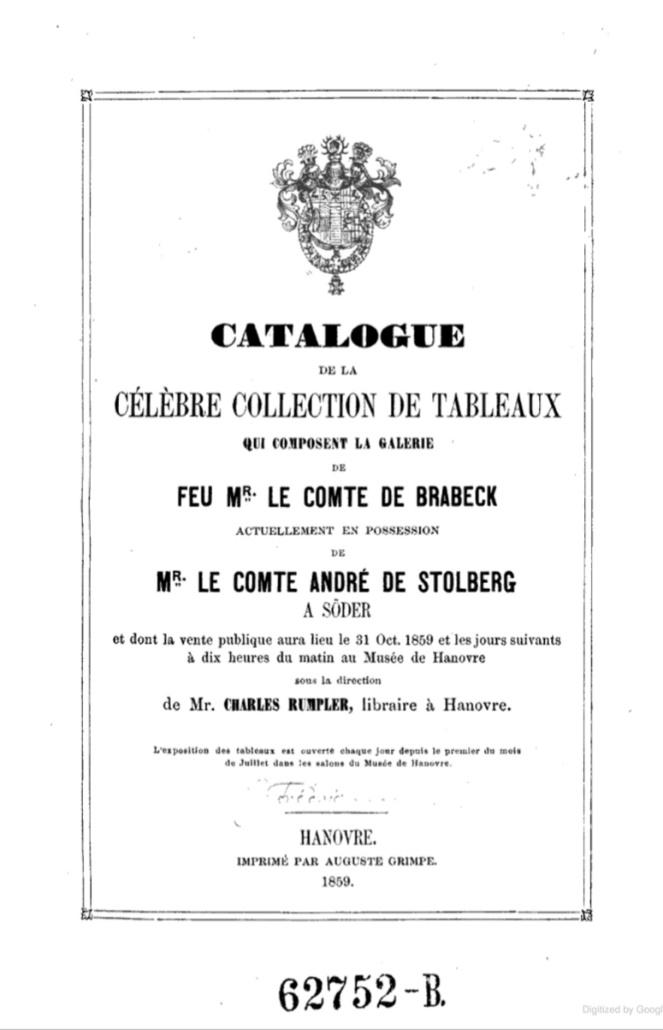 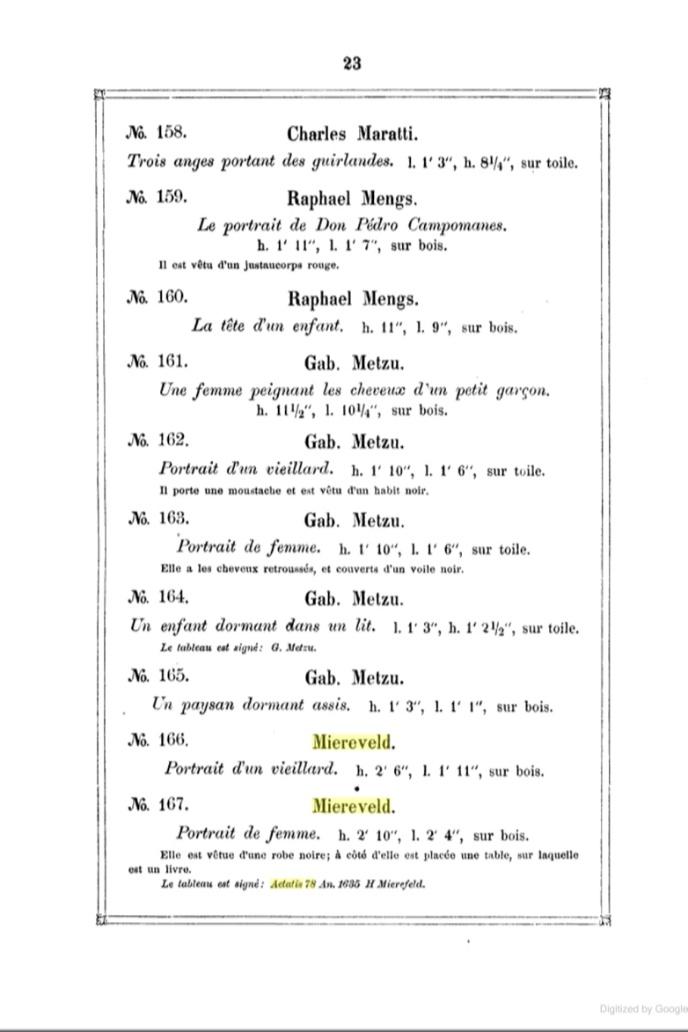 We don’t know, if Mierevelt’s painting was purchased by the Royal family of Hanover at this event, but by 1891 the work is inventoried as belonging to the royal collection and recorded as being on display at the Provincial Museum in Hanover, where it remained at least until 1914 (Karl Baedecker (Firm). Nordwest-Deutschland von der Elbe und der Westgrenze Sachsens an, nebst Hamburg und der Westkünste von Schleswig-Holstein, 1914, p. 60). 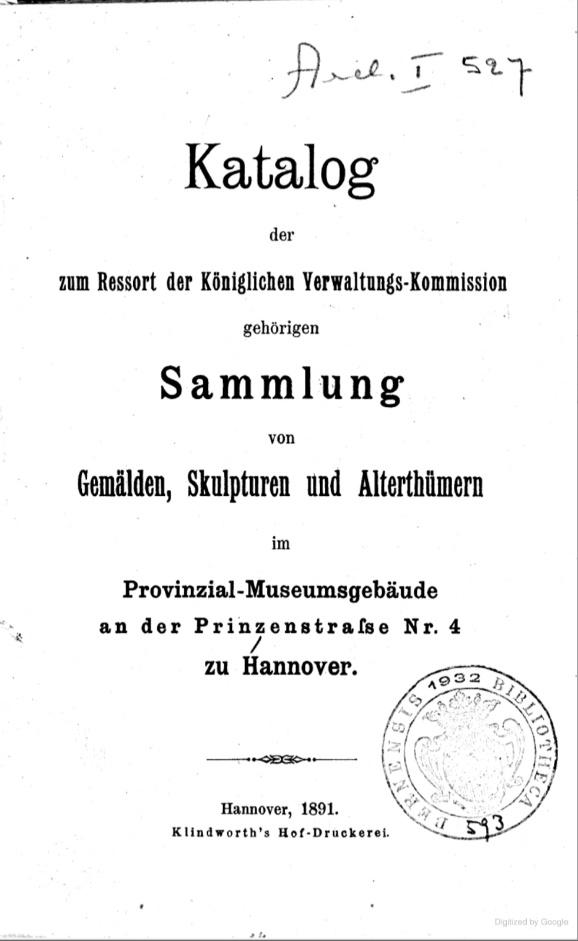 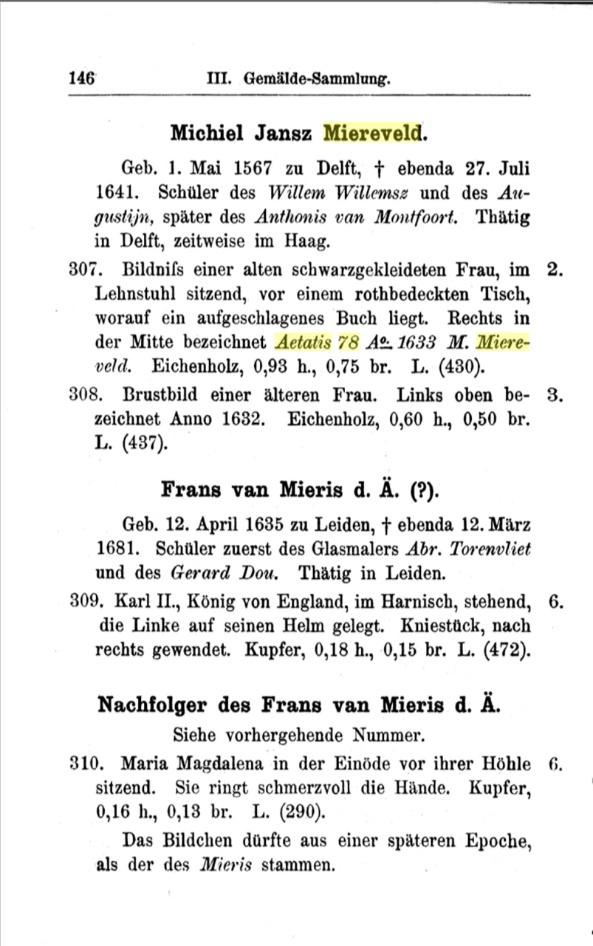 Within the Royal House of Hanover the painting was passed down to Ernst August, Prince of Hanover and Duke of Brunswick and Lüneburg (b. 1954), who is probably better known as the husband of Princess Caroline of Monaco. In 2005 he held a widely publicized estate sale at his family’s summer retreat, Marienburg Castle, where Mierevelt’s Portrait of a Lady, Aged 78 eventually entered the international art market.