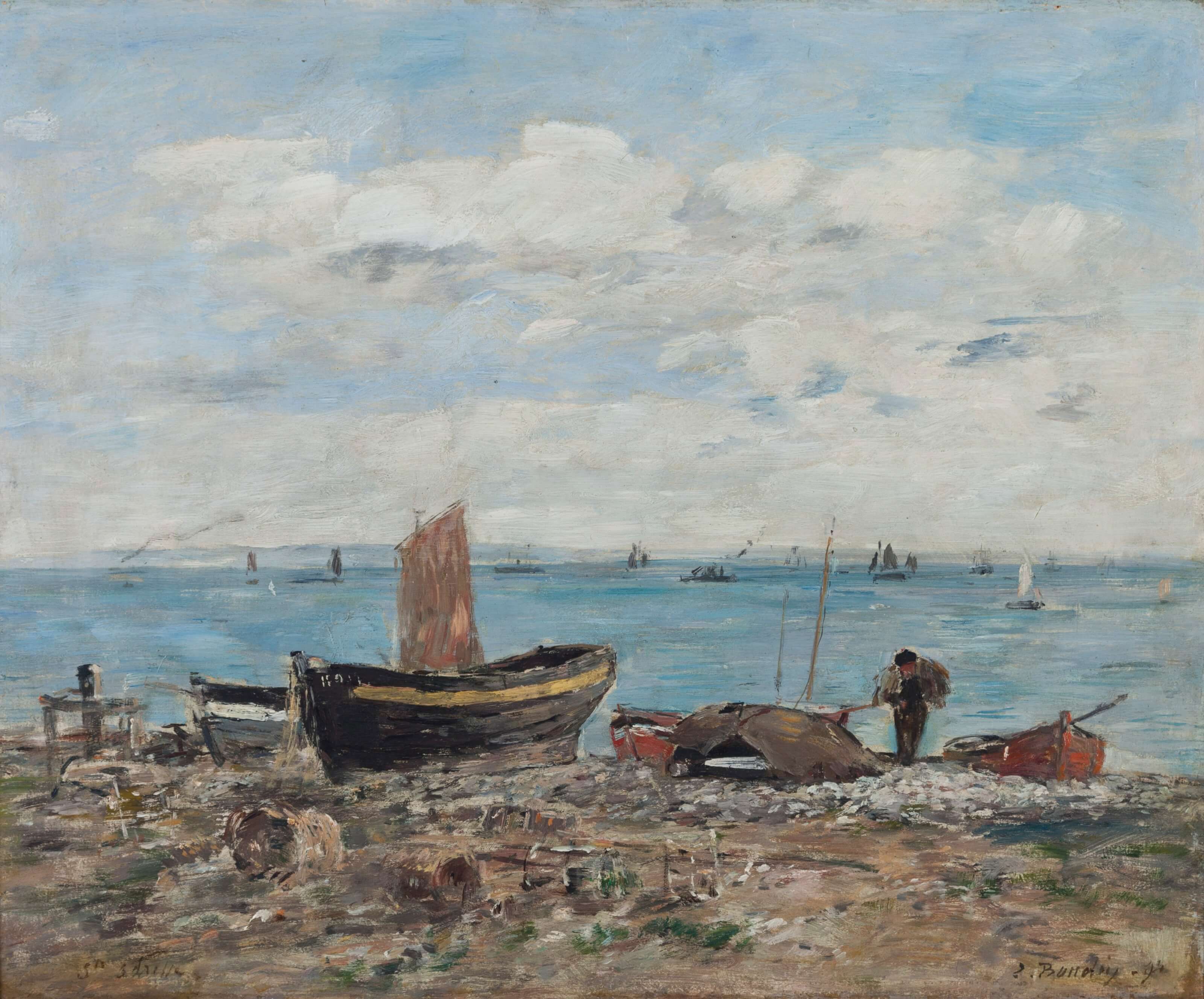 “I see the artist’s exquisite originality, his large silvergray skies, his little figures so fine and witty of touch. There is a rare accuracy of observation in the details and attitudes of these figures on the edge of a vast expanse.”[1]Emile Zola

Praised as the ‘King of Skies’ by Camille Corot, Eugène Boudin was a master at capturing the ever-changing light of the Northern French sea coast. Direct observation and spontaneity played a central role in Boudin’s art, as he depicted sea and sky in its infinite variations.

Boudin was also a passionate promoter of plein air painting in France. By the mid-19th century, the invention of readymade oil paint in tubes had made painting outdoors much easier. Artists were able to use a wider range of colours and work at much greater speed than before, when pigments had to be ground laboriously and mixed with oil in the studio.

The building of railway lines by the mid 1800s also made travels to the countryside less complicated and time consuming, and for Boudin, it meant that he was able to frequently travel between his studio in Paris and the Channel Coast, where he preferred to work outdoors.

Marked by the artist’s inscription, the present painting was executed in Sainte Adresse, a small coastal town west of Le Havre on the English Channel. Several boats lie on the beach at low tide. Fishing gear litters the sand, and a single fisherman is carrying his nets up to shore. Under a vast, lightly clouded sky numerous sailboats glide by. The silhouette of a shore can be seen in the distance, as well as a whiff of smoke from a far-away steamship.