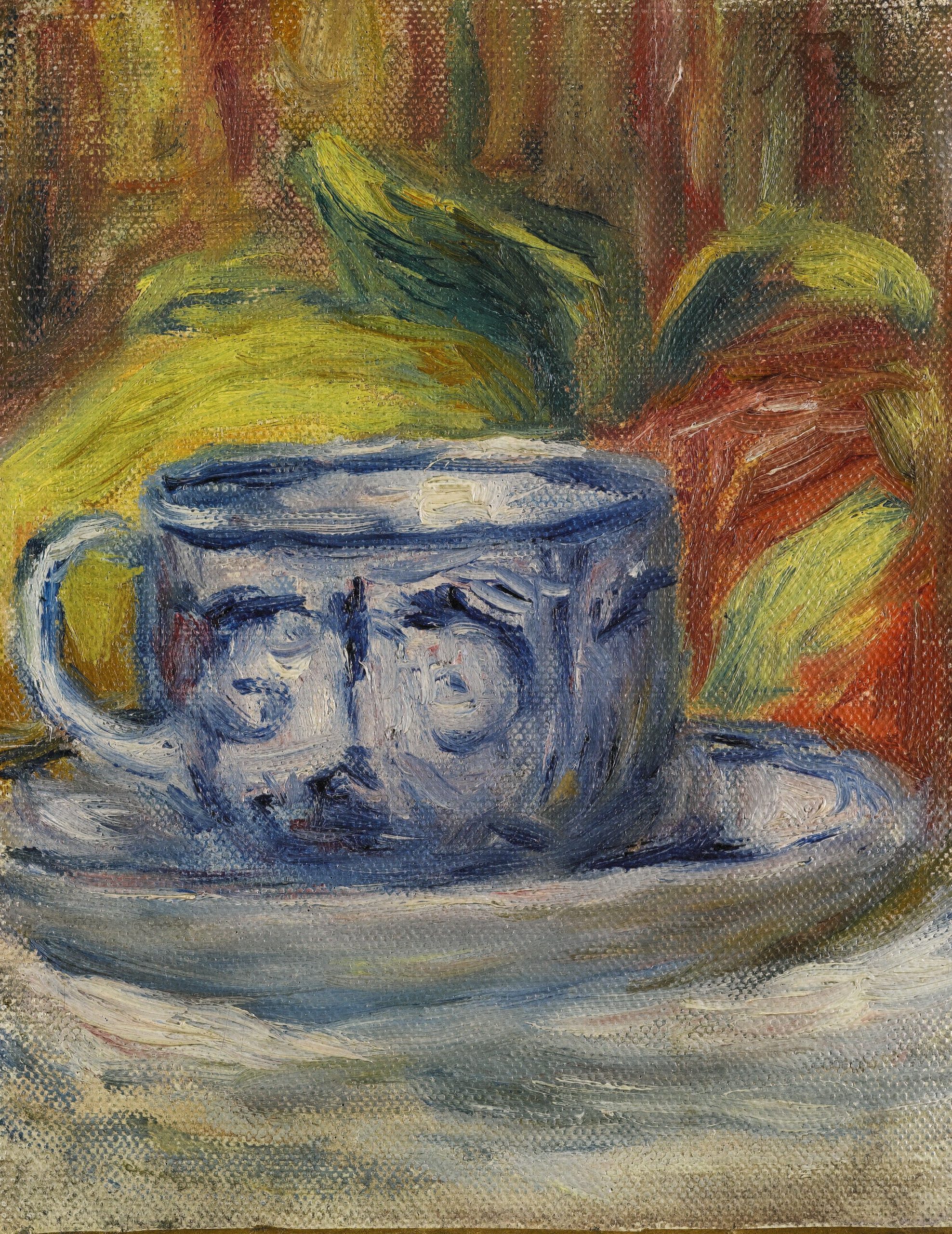 “Monsieur Renoir said that one must do still-lifes in order to learn to paint quickly.”

Renoir showed little interest in the composition of still-lifes at the beginning of his career. From the early 1880s onward, however, when he increasingly embraced classical influences in his art, the genre started to play a prominent role in his oeuvre. 18th century genre French painter Jean Siméon Chardin, probably had the strongest influence on Renoir’s still life compositions.

Art historian Charles Sterling remarked: “Renoir…carried on the serene simplicity of Chardin. Pale shadows, light as a breath of air, faintly ripple across the perishable jewel of a ripe fruit. Renoir reconciles extreme discretion with extreme richness, and his full-bodied density is made up, it would seem, of coloured air. This is a lyrical idiom hitherto unknown in still life, even in those of Chardin. Between these objects and us there floats a luminous haze through which we distinguish them, tenderly united in a subdued shimmer of light.”

Painted late in his life, Tasse et Fruits reveals Renoir’s joy in capturing in the effects of light and colour on objects and surfaces. To his biographer Albert André, he once noted, that it was in his small-scale still-lifes, such as the present painting, that “he put the whole of himself, that he took every risk.”

With his distinctive and instantly recognizable soft, feathery brushstrokes Renoir depicts a charmingly casual arrangement of a blue and white patterned porcelain cup and several indistinguishable fruit on a white table cloth. The lush shades of blue, white, orange and yellow, give this small, unassuming painting a jewel-like appeal and an aura of sunny easiness that Renoir was unsurpassed at achieving.