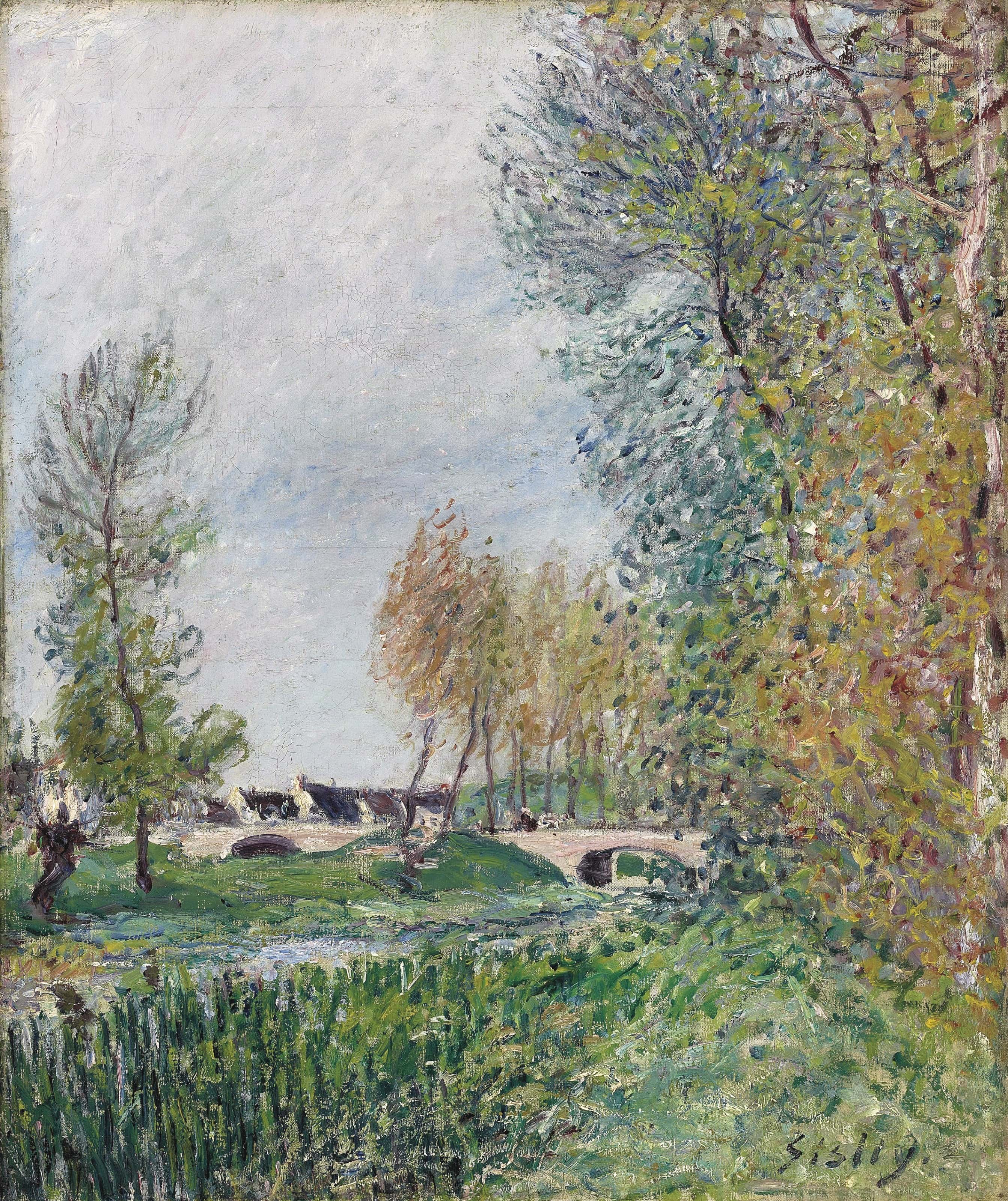 Sisley … has found his region… It is the edge of the Fontainebleau Forest, the small hamlets along the rivers Seine and Loing, Moret, Saint-Mammès…[1]Gustave

Alfred Sisley (1839 – 1899)
Alfred Sisley was the son of a wealthy British businessman living in Paris. While studying commerce in London from 1857 to 1861, he admired the work of John Constable and William Turner, and decided to become an artist. Through an apprenticeship in the Paris studio of painter Charles Gleyre in 1862, he met Claude Monet and Auguste Renoir, who influenced him stylistically. While accepted by the Paris Salon in 1866, Sisley was refused in the following years and instead took part in the first four Impressionist exhibitions between 1874 and 1886.

A follower of the Barbizon School and admirer of Corot, Sisley’s preferred motifs were landscapes, executed en plein air, with short, energetic brushstrokes, skilfully capturing the effects of natural light. While Sisley did not receive the recognition and financial success of his friends Monet and Renoir during his lifetime, he now counts among the great masters of Impressionism.