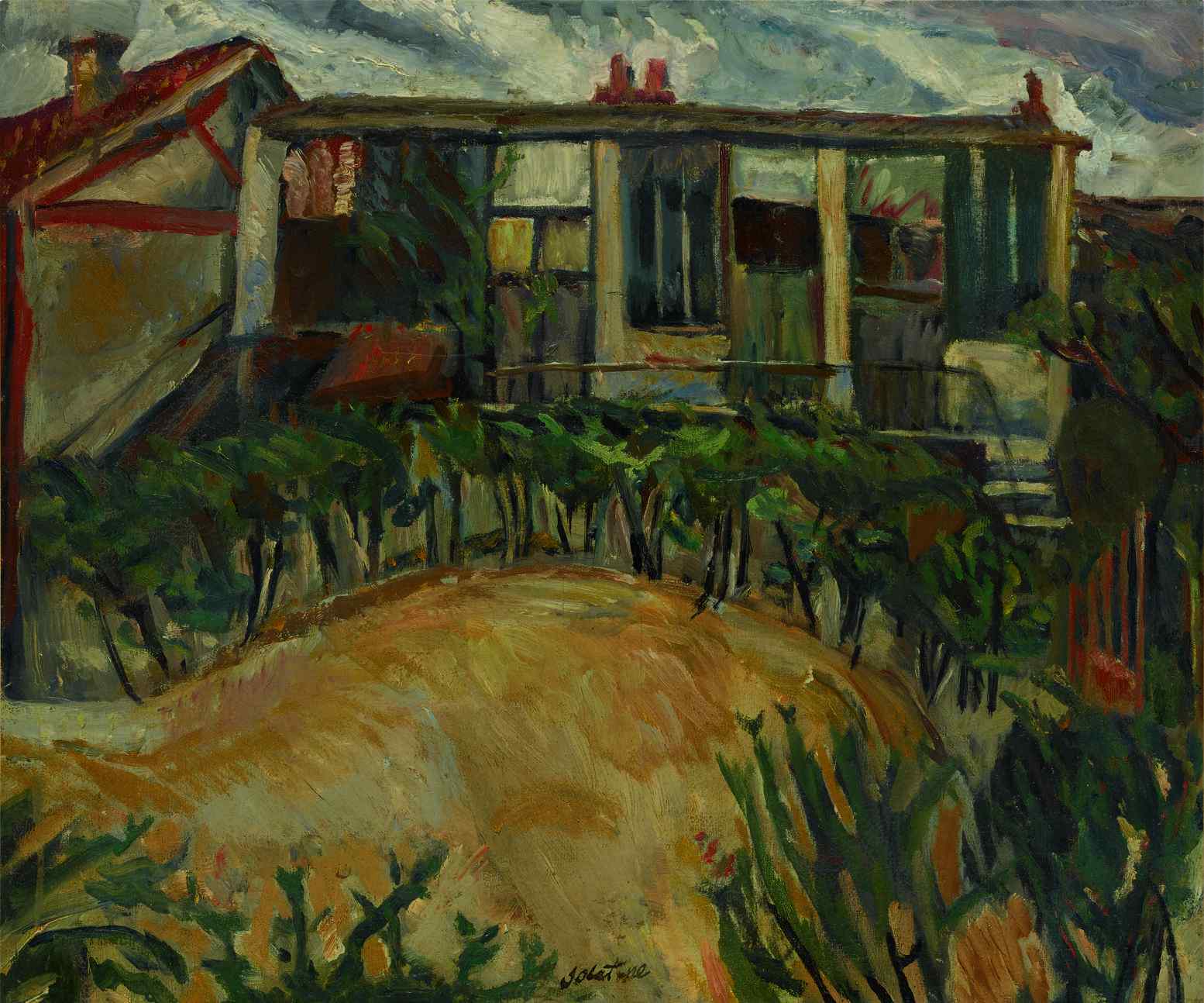 When Chaim Soutine came to Paris in July of 1913, he first stayed at La Ruche (“The Beehive”), a complex of ramshackle artist studios in

Chaim Soutine was born in 1893 in Smilovichi, a shtetl in the Lithuanian part of the Russian Empire, now Belarus. The son of a poor Jewish tailor and tenth of eleven children, Soutine had an early passion for painting. With the encouragement of his mother, but against the will of his father, he managed to get accepted into art school at Minsk. Winning the support of a local doctor, Soutine soon switched to the Art Academy of Vilnius (Lithuania). In 1913, at age 20, he emigrated to Paris, where he attended the École des Beaux-Arts. Setting up a modest studio in Montparnasse, Soutine often frequented the Louvre, admiring the old masters and closely studying the works of Rembrandt, Tintoretto, Chardin, and Courbet.
He befriended fellow artists Marc Chagall, Jacques Lipchitz, and became especially close to Amadeo Modigliani. The latter took him under his wings and introduced him to the art dealer Leopold Zborowski, who financed Soutine’s three year sojourn at Céret in the south of France (1919–22). After a decade of living a bohemian life in poverty, Soutine gained international recognition overnight in 1923, after being introduced to celebrated American collector Albert Barnes, who purchased 60 of his paintings. Renowned decorator and designer Madeleine Castaing also became his patron. The artist had his first solo exhibition at Bing Gallery in Paris is 1927, followed by his first American solo show at The Arts Club of Chicago in 1935. During World War II, while France was under German occupation, Soutine was forced to leave Paris and spent his final years in hiding. He died at age fifty of a perforated ulcer in 1943.
Soutine’s painting style, characterized by the use of heavy impasto, brilliant colours, and nervous, gestural brushwork, is closely related to early 20th-century Expressionism. He is best known for his portraits, often of people in uniform – pageboys, cooks, and choirboys –, who he depicted with gaunt faces and distorted limbs, as well as his paintings of animal carcasses in various stages of decay, in which he paid homage to Rembrandt. Today his works are held in the collections of major museums around the world, among them The Metropolitan Museum of Art in New York, The Chicago Art Institute, the National Gallery of Art in Washington, D.C., and the Musée d’Orsay in Paris.