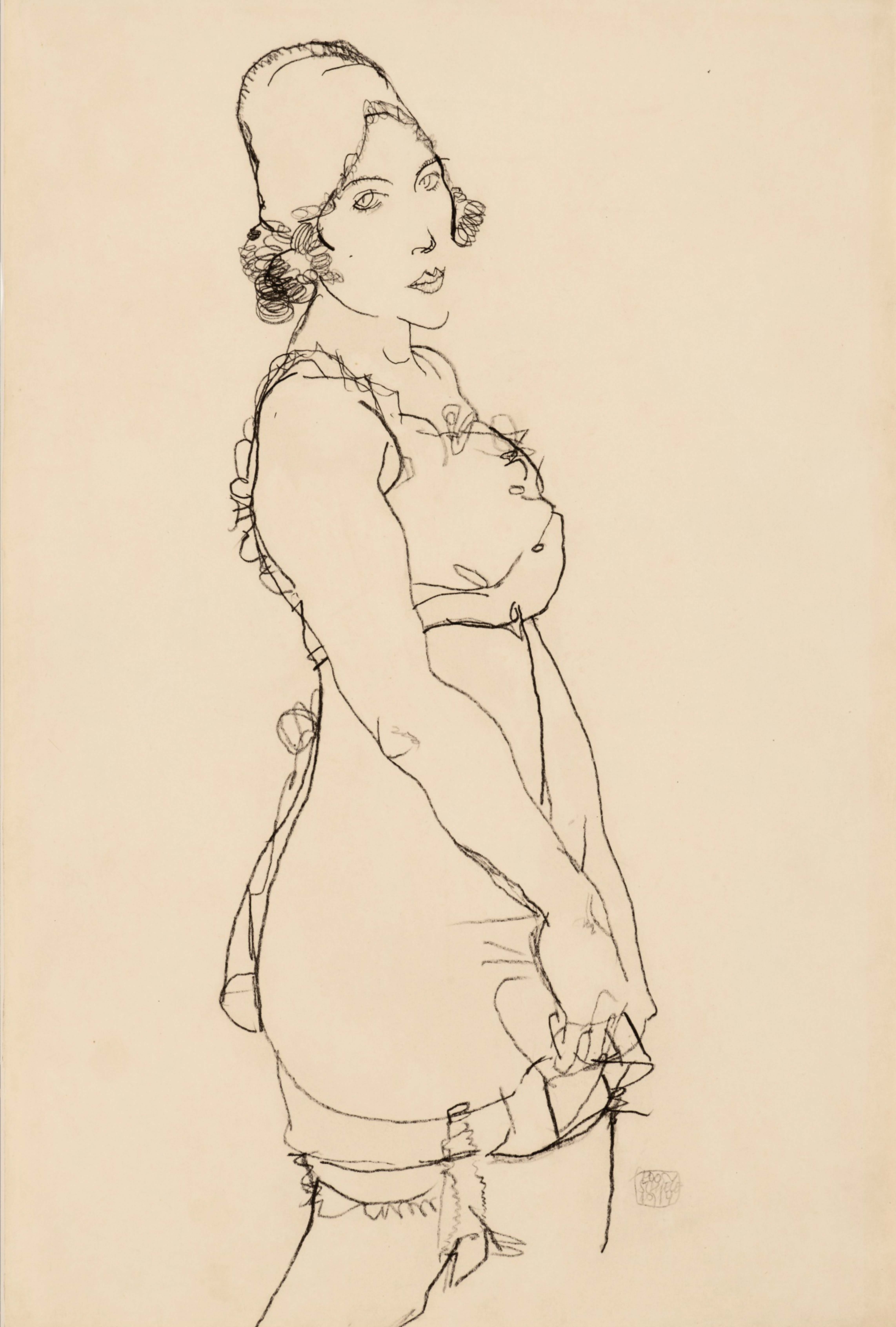 “I am glad there are so few who can recognize art. That is constant proof of its divine nature.1” Egon Schiele Egon Schiele’s artistic career

Egon Schiele (1890 -1918)
Despite his short career – the artist died at age 28 – Egon Schiele is regarded as one the leading figures of Austrian Expressionism. His art centers predominantly around the human figure and his eccentric depictions of the human body and diverse facets of sexuality have been subject of controversy and fascination until today.

Schiele was born on June 12, 1890 in Tulln an der Donau, in the Austro-Hungarian Empire. In 1906 the 16-year old enrolled in the Vienna Academy of fine Arts, studying under Christian Griepenkerl, but dropped out after three years, irritated by with the school’s traditional curriculum, forming the Neukunstgruppe (New Art Group) along with several of his fellow students. His older friend and mentor, the Secessionist artist Gustav Klimt, initiated Schiele’s participation in the Viennese Kunstschau of 1909, an event that brought him in contact with important art patrons, dealers and critics, eventually launching his career.

While Schiele’s early oeuvre is still influenced by Klimt and decorative Art Nouveau, he finds his own bold expressive style by 1910. A stellar draughtsman, he depicts his models in eccentric poses, often seen from extreme angles, challenging the viewer with direct eroticism and a raw, radical aesthetic. Not surprisingly, Schiele’s erotic paintings and drawings were repeatedly denounced as obscene during his lifetime. In 1912 the artists was briefly imprisoned on pornography charges and for allegedly seducing a minor. Schiele married Edith Harms in 1915 and was drafted for military service in World War I. He, his wife and unborn child succumbed to the Spanish flu pandemic on October 31, 1918.