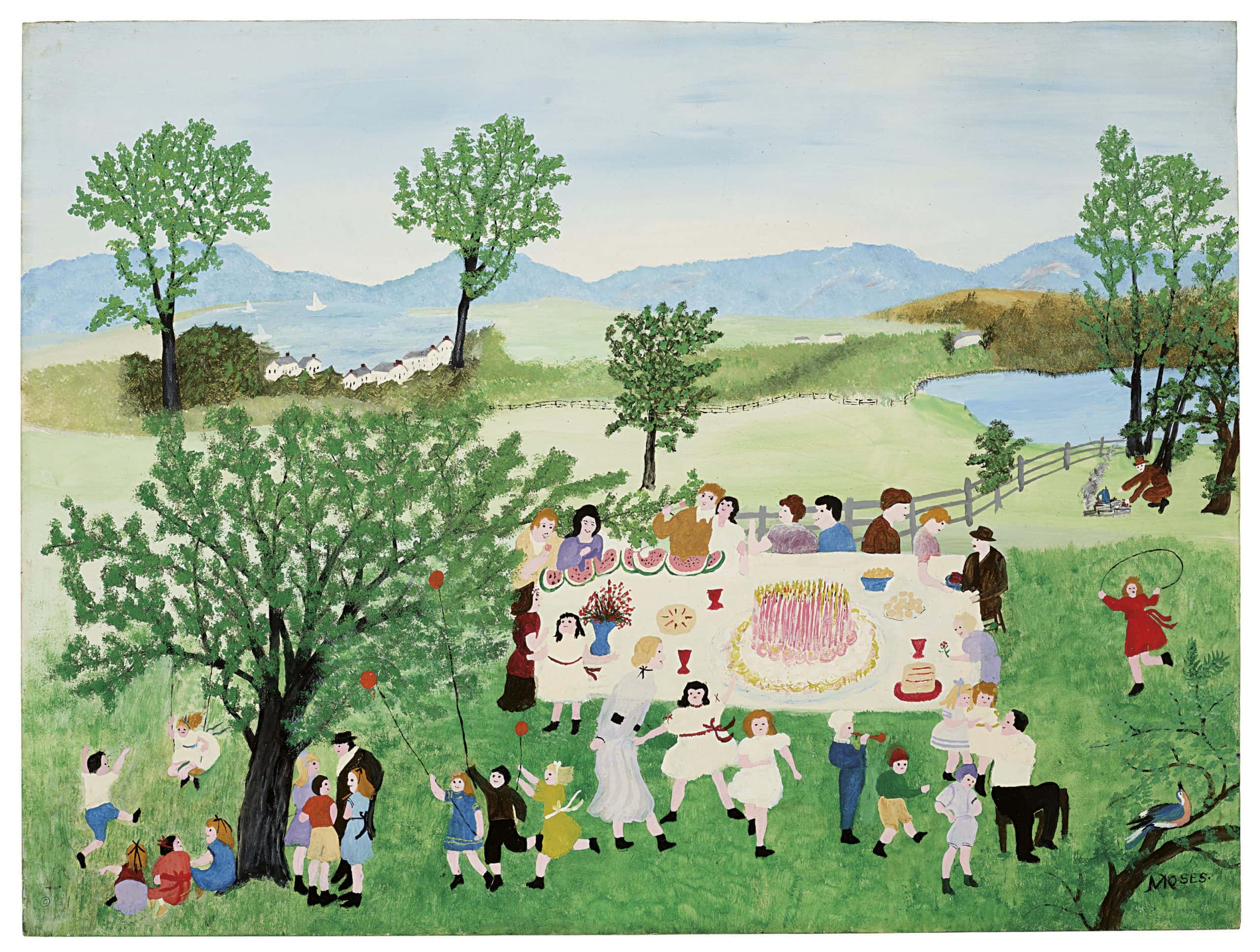 Grandma Moses’ paintings of the ‘good old days’ of North American country life captivate the viewer with their naïve, innocent charm. The self-taught artists, who

The American folk painter Anna Mary Robertson, better known under her byname Grandma Moses, earned international acclaim for her naive depictions of rural life in the United States in the early 20th century.
Born in 1860 in upstate New York, Robertson grew up working on her parent’s farm, receiving only basic schooling. At age twelve she left home to work as a maid and farm aid. Five years later, she married the farmer Thomas Moses and settled with him in Staunton, Virginia. The couple had ten children, five of whom survived. In 1905 the family returned to New York State, where they continued farming.
Grandma Moses started painting after the death of her husband, when she was already in her late 70s. She came to explore oil painting, only because arthritis in her hands made it difficult for her to continue with embroidery. At first copying motifs from postcards and prints, she later designed her own compositions, often inspired by childhood memories. Most of her works focus on farm activities throughout the seasons. Her naïve painting style is characterized by bright colours, attention to detail, and cheerful vitality.
Grandma Moses first showed her paintings at county fairs and at a local store, where they caught the eye of a New York City collector, who initiated the exhibition of three of her works at the Museum of Modern Art in New York in 1939. By 1940 the renowned Galerie St. Étienne in New York staged a first one-woman show for Grandma Moses. A first editions of Hallmark Christmas cards since in 1946, that sold millions of copies, further made her an American household name. Subsequently, her paintings were exhibited widely within the United States and internationally. Grandma Moses was awarded two honorary doctorates, and her photograph adorned the cover of Time Magazine several times. She died at the age of 101 in Hoosick Falls, New York, in 1961.