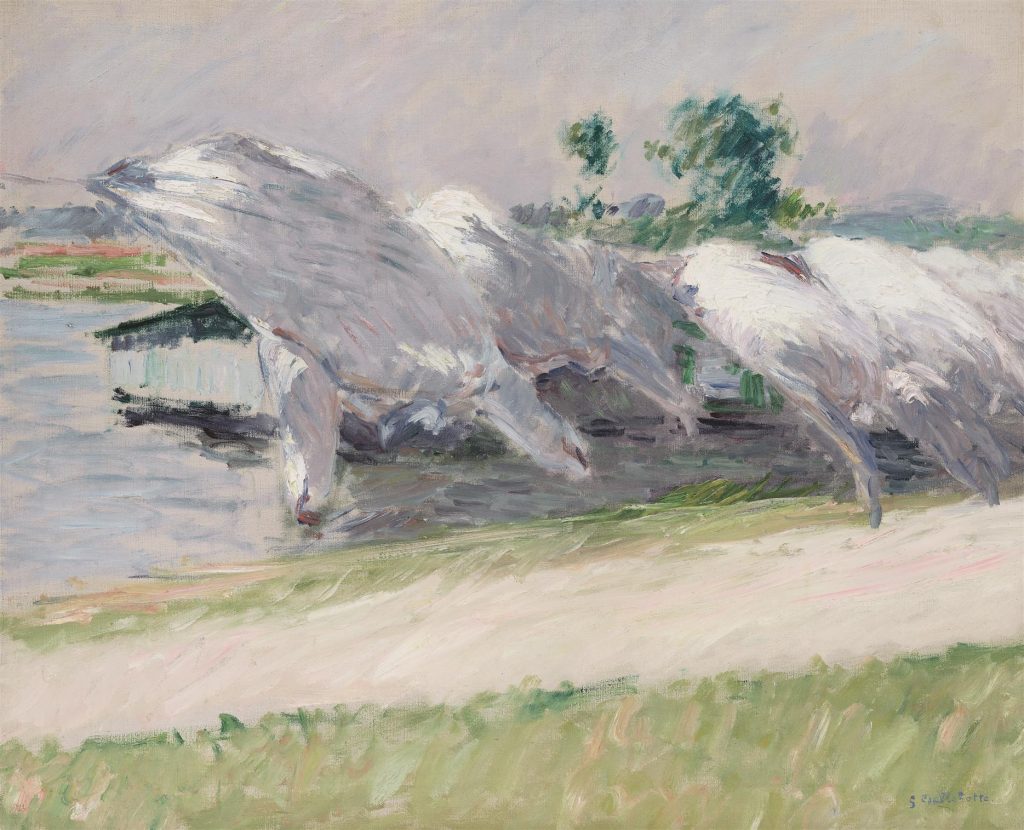 Gustave Caillebotte (1848 – 1894)
Born in Paris in 1848 into a wealthy family, Gustav Caillebotte first studied engineering and law before deciding to pursue a career in art. After fighting in the Franco-Prussian war of 1870-71, he studied painting with Léon Joseph Florentine Bonnat and later inscribed at the École des Beaux-Arts. After receiving a substantial inheritance from his parents, he started to collect artworks by Claude Monet, Pierre-Auguste Renoir, Edgar Degas, Camille Pissarro, Berthe Morisot, and others. He first exhibited his own paintings at the Impressionist exhibition of 1876 and became the movements main impresario, organizing, promoting and financing Impressionist exhibitions for the next six years.
Caillebotte’s originality lay in his effort to combine the Realist aesthetic advocated by the French Académie, with the modern subject matter and luminous colours of the Impressionists. Influenced by modern photography and Japanese woodblock prints, he created innovative compositions, sometimes using extreme vantage points and cropped figures, that make his paintings seem like snapshots of everyday life. Although Caillebotte was counted among the most talented artists of his time, his posthumous reputation suffered because his works largely remained in the hands of his family and were neither exhibited nor reproduced until the second half of the 20th century. Today, he is regarded as one of the leading figures of the Impressionist Movement and his paintings can be found in many major museums, including the Musée d’Orsay, Paris, the Metropolitan Museum of Art, New York, The Art Institute of Chicago, and the Museum of Fine Arts, Boston.