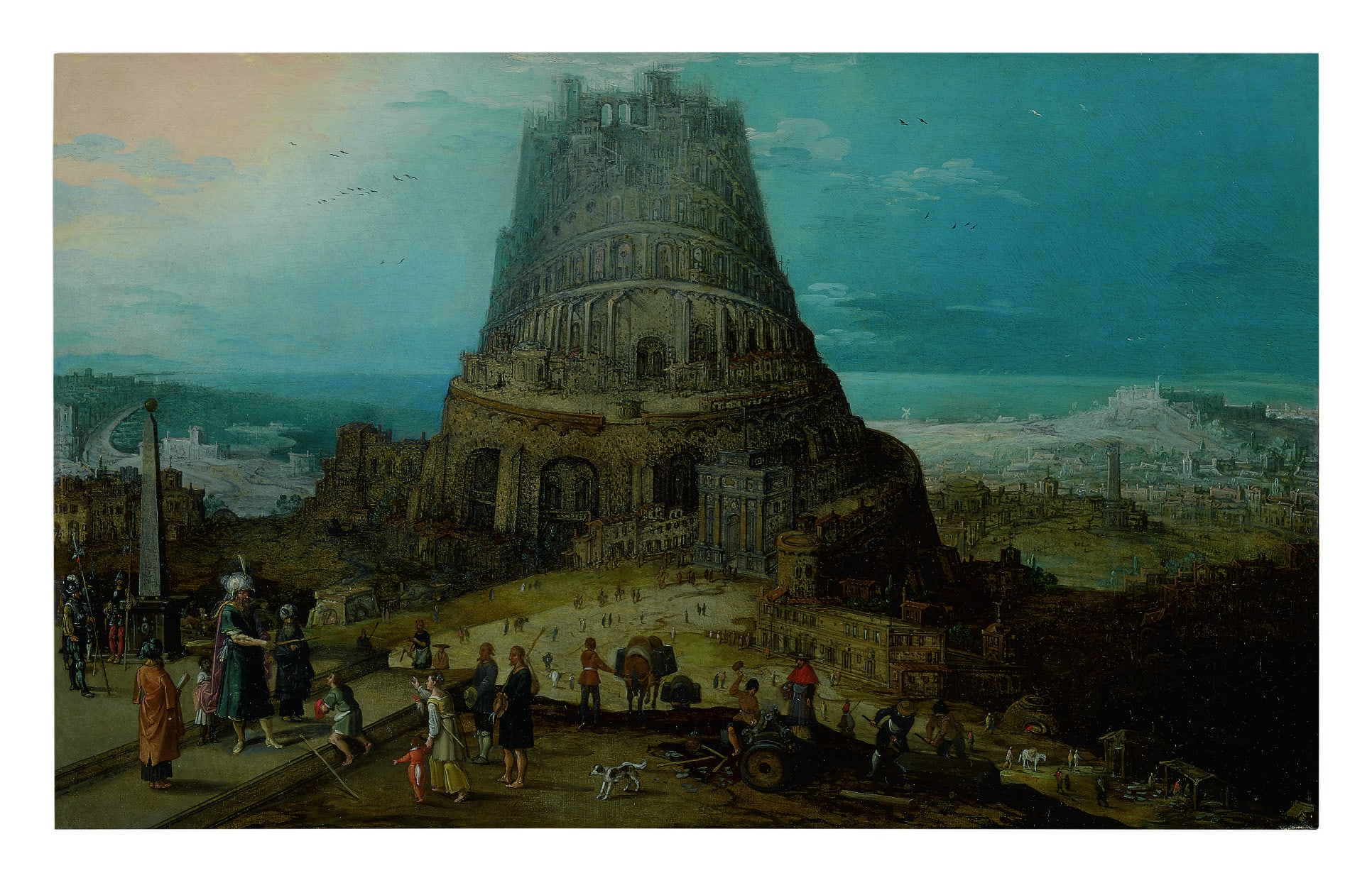 “Now the whole world had one language and a common speech. As people moved eastward, they found a plain in Shinar and settled there. They

Hendrick van Cleve III (Flemish, c. 1525 – between 1590 and 1595)
Born in Antwerp around 1525 as the son of the artist Willem van Cleve the Elder, Hendrick van Cleve III was an accomplished painter, draughtsman and designer of prints. Initially training under his father, Hendrick continued his education under Frans Floris, a painter best known for his historical and allegorical scenes.
In 1551, Hendrick registered as a free master of the Antwerp Guild of Saint Luke, and in 1555, he married Paesschyn Suys, with whom he had three sons, who all followed the family tradition and became artists. The addition to his name “the third” differentiates him from Hendrik van Cleve I, who registered as a master of the Guild of St. Luke 1489/90, and Hendrick II, mentioned by the Guild of St. Luke in 1534, about whom little is known.
Hendrick van Cleve III is recognized for his Italianate landscapes, of which some appear to be topographically accurate. Scholars therefore assume that Hendrick spent some time in Italy, where he produced multiple drawings of imaginary, or partly imaginary landscapes, often dotted with ruins. Several of his vistas can be identified to represent Rome, Florence and Naples.
A large number of paintings in his oeuvre are dedicated to the construction of the Tower of Babel. Some of these works have been attributed to him personally, whereas others are now given to anonymous Flemish painters, who are referred to as ‘The Hendrik van Cleve III Group’.
The Antwerp Guild mentions Hendrick van Cleve III in the records of in 1557, when Cornelis Janssens is enrolled as his pupil, and one more time in 1585. The date of his death is not known exactly, but scholars assume he deceased in the early 1590s.