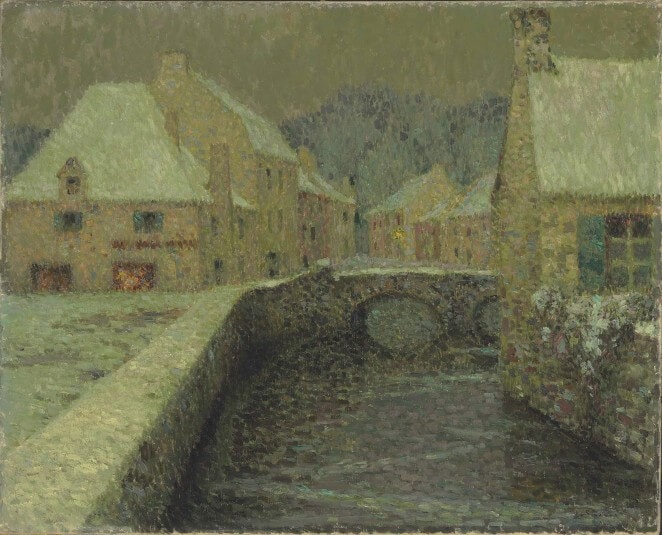 Henri Le Sidaner (1862-1939)
Henri Le Sidaner was born to French parents in Port-Louis, Mauritius, in 1862. He moved with his family to France at age 10, first settling in Dunkirk and later in Paris. After studying at the École des Beaux-Arts under Alexandre Cabernel from 1880-82, he quit his academic training and started to work alone, stylistically strongly inspired by the Impressionists.

Le Sidaner`s choice of subjects and the sombre, poetic atmosphere of his paintings during the 1890s show influence of the French Symbolists and British Pre-Raphaelites. After his move to Gerberoy, Seine et Oise, at the turn of the century, his house and garden would inspire numerous of his later works. Now mainly focusing on gardens, still-lifes, and urban landscapes, he adapts a Divisionist painting style, reminiscent of Seurat and Signac. Works of his late oeuvre are usually devoid of human presence and often set in diffused light, emphasizing a serene and melancholic mood. Le Sidaner travelled throughout his career, working in Venice, London, Belgium and Holland, eventually settling in Versailles, where he died in 1939.