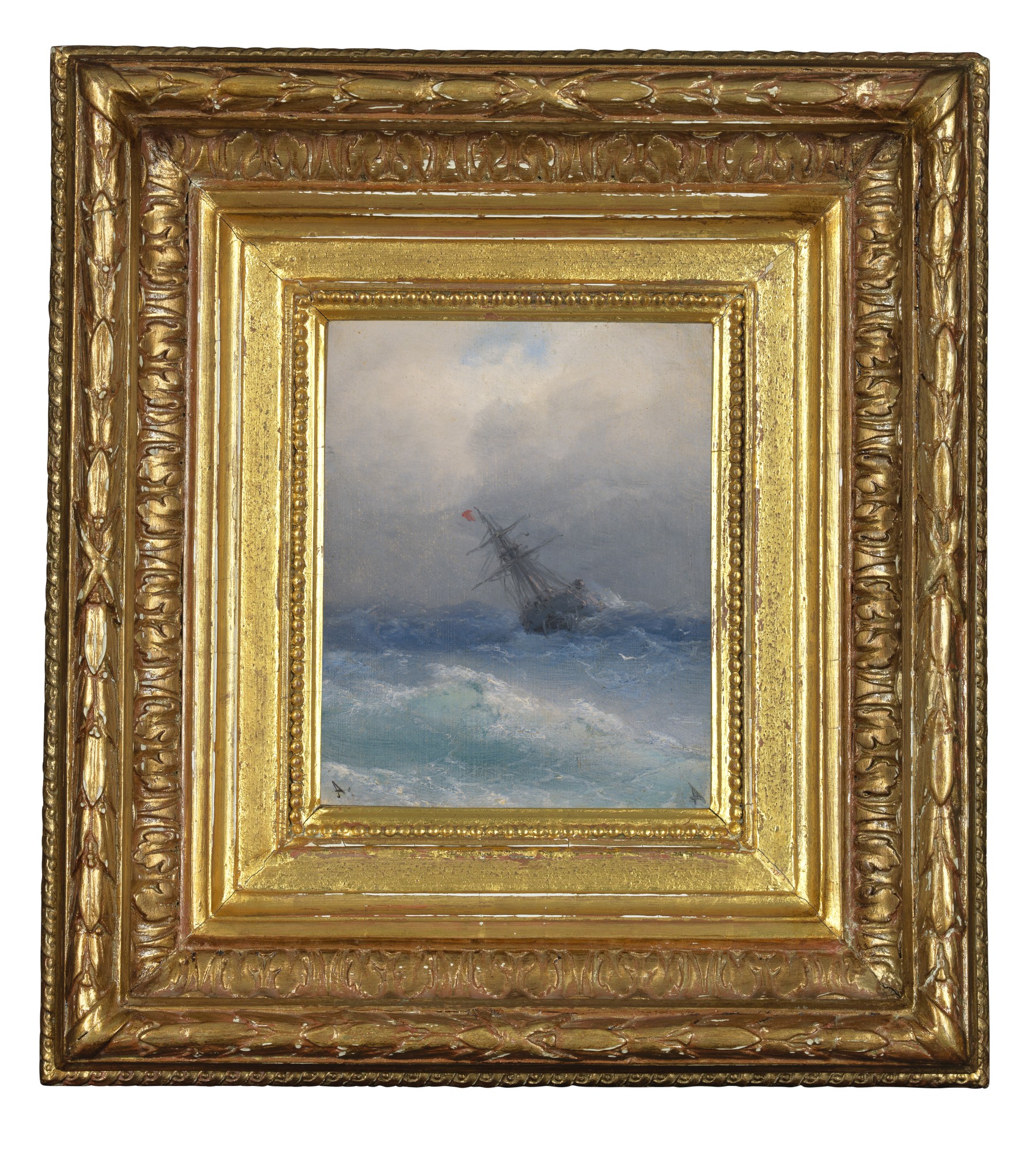 The present work is included in the numbered archive of the artist’s work compiled by Gianni Caffiero and Ivan Samarine under the number CS-1890-016. “A

Ivan Konstantin Aivazovsky was born on July 29, 1817 in Feodosia on the Crimean Peninsula. The son of an Armenian merchant, he was baptized Hovhannes Aivazian and later changed his name to Gaivazovsky, and finally to Aivazovsky. From 1833-37 he trained at the Imperial Academy of Arts in St. Petersburg, before embarking on a tour throughout Europe, briefly settling in Italy, where his brother studied to become a Catholic priest. After his return to Russia in the early 1840s he was appointed the official painter of the Russian navy, as well as academician of the St. Petersburg Academy of Arts. Throughout his lengthy artistic career, which lasted six decades, he produced close to 6,000 paintings, and held 55 solo exhibitions in Europe and the United States. Aivazovsky is famous for his masterful depictions of highly dramatic seascapes, which take up the vast majority of his oeuvre, and is widely regarded as one of the greatest marine artists in history. Probably his most famous work is The Ninth Wave in the collection of the Hermitage in St. Petersburg. Ivan Aivazovsky died on May 2, 1900 in his hometown Feodosia, Russia.