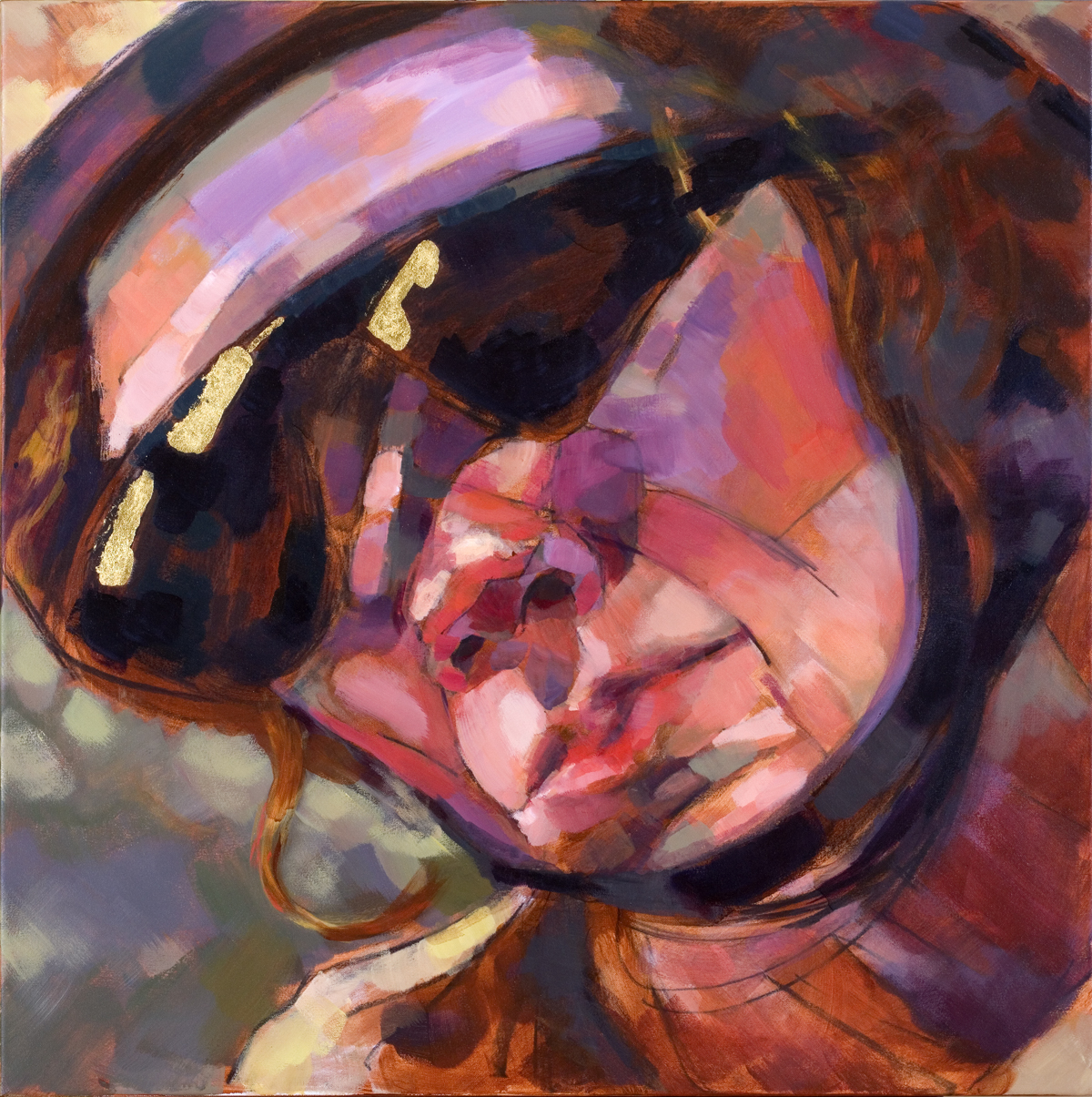 Self Portrait on Hercules II

The flight aboard a Hercules into Kandahar was gruelling. Wearing a 30 lb. flak jacket, helmet and visor, I began the turbulent descent into the

Every day one of the hospital staff was assigned to pick up coffee and doughnuts at Tim Hortons, a take-out facility only. The line-up on 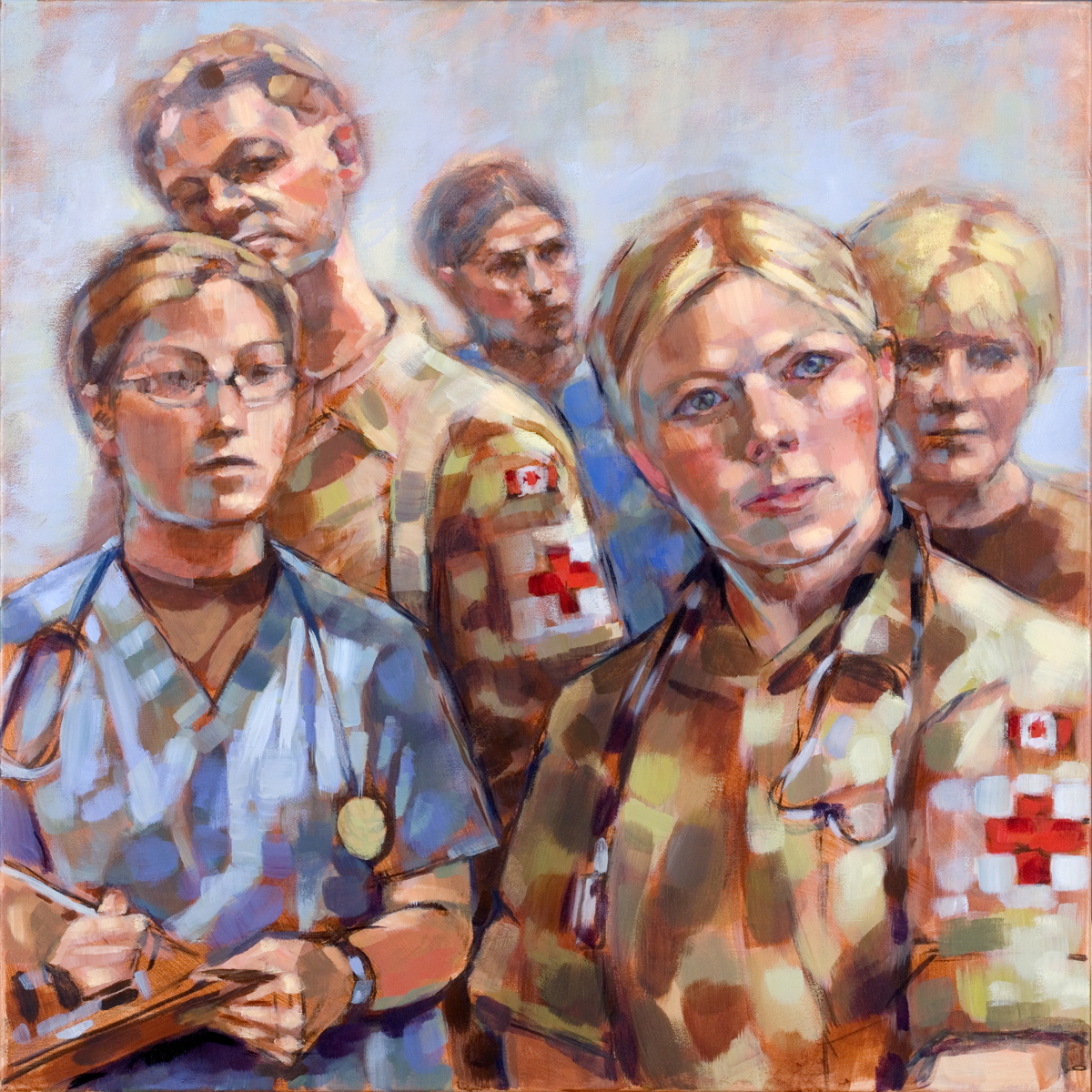 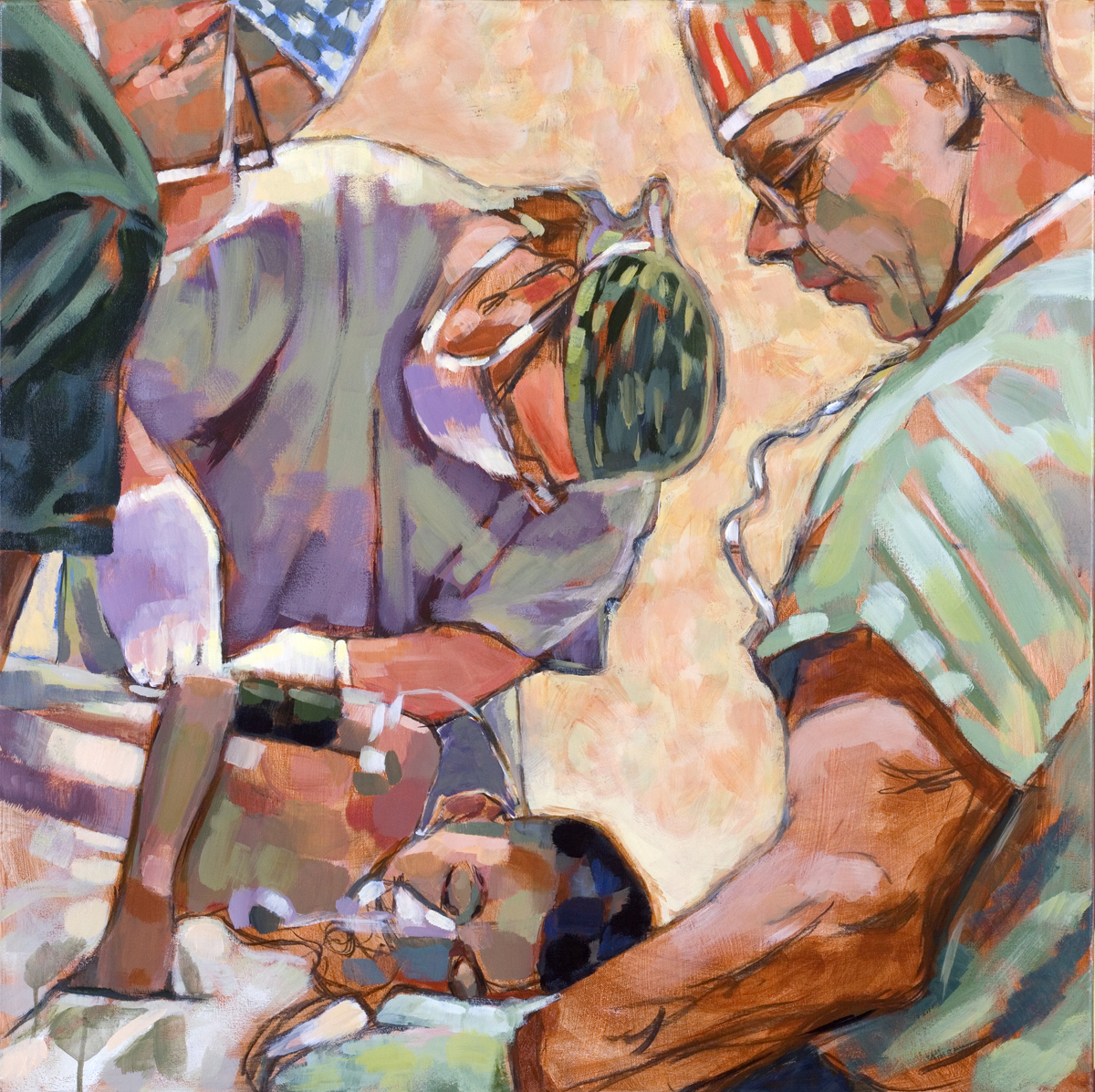 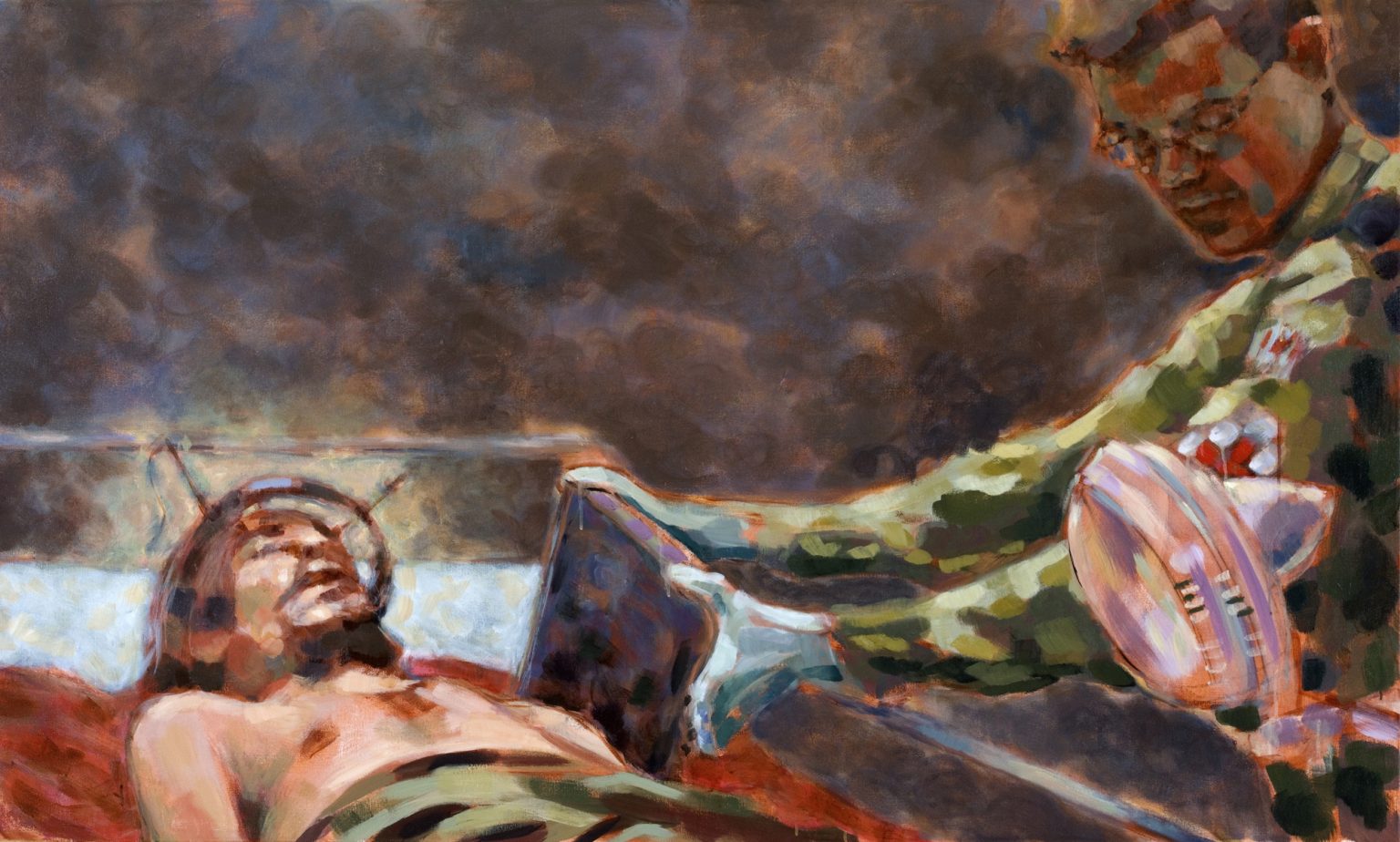 Mohammed and the X-ray Tech

Mohammed (left) and MCPL François Thériault. Mohammed was injured in an Improvised Explosive Device (IED) incident and suffered a fractured vertebrae. I sketched him several 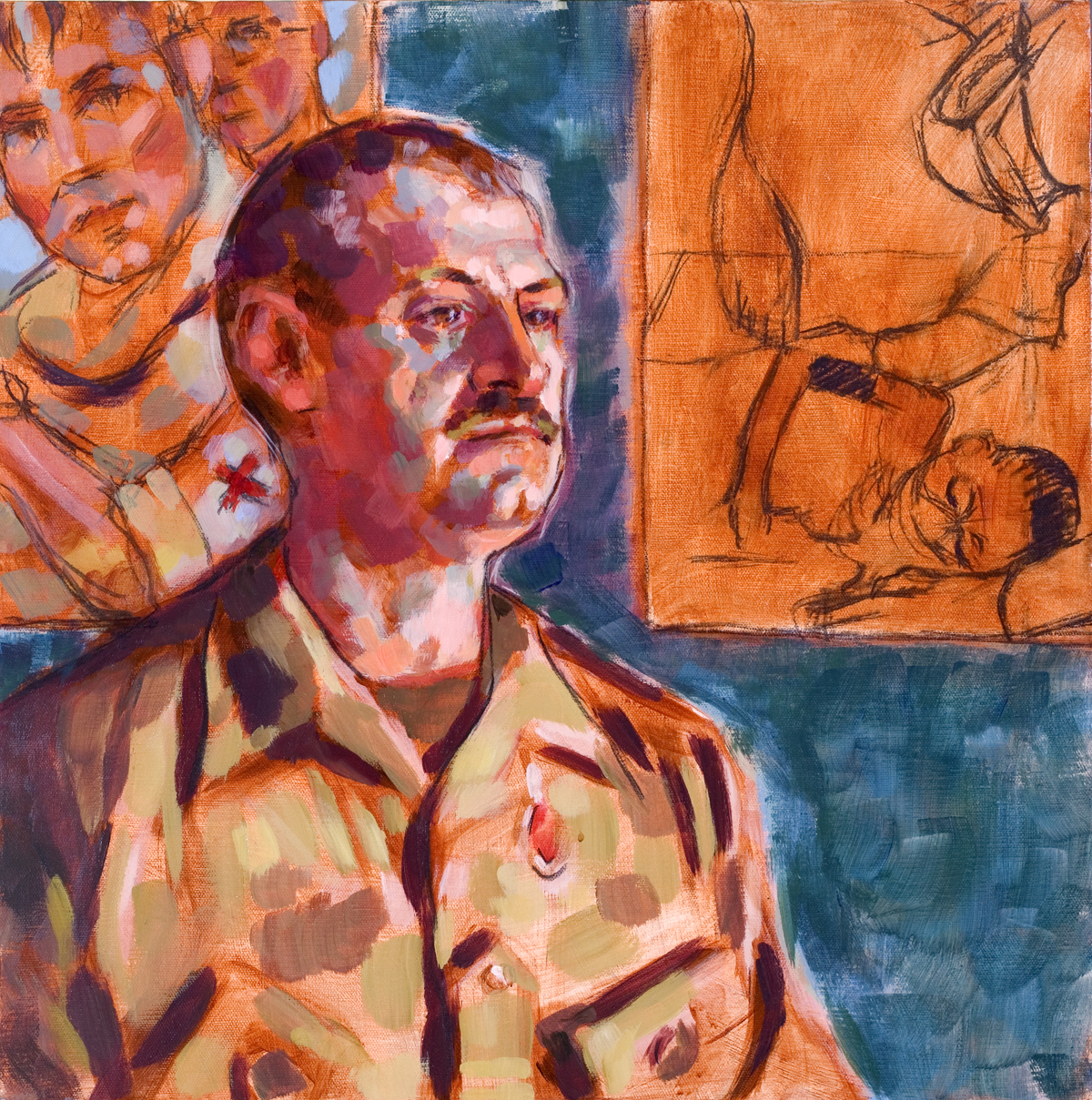 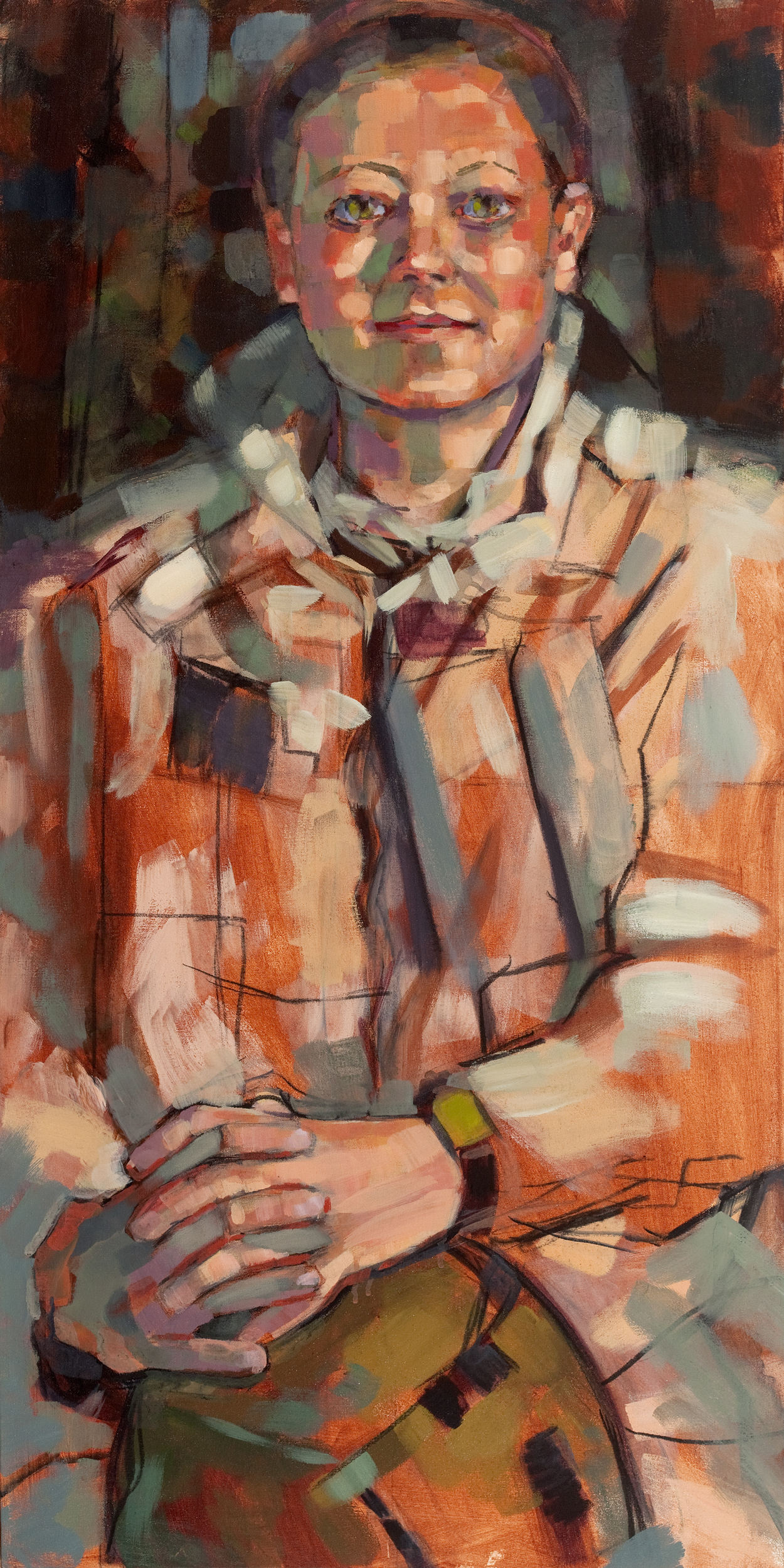 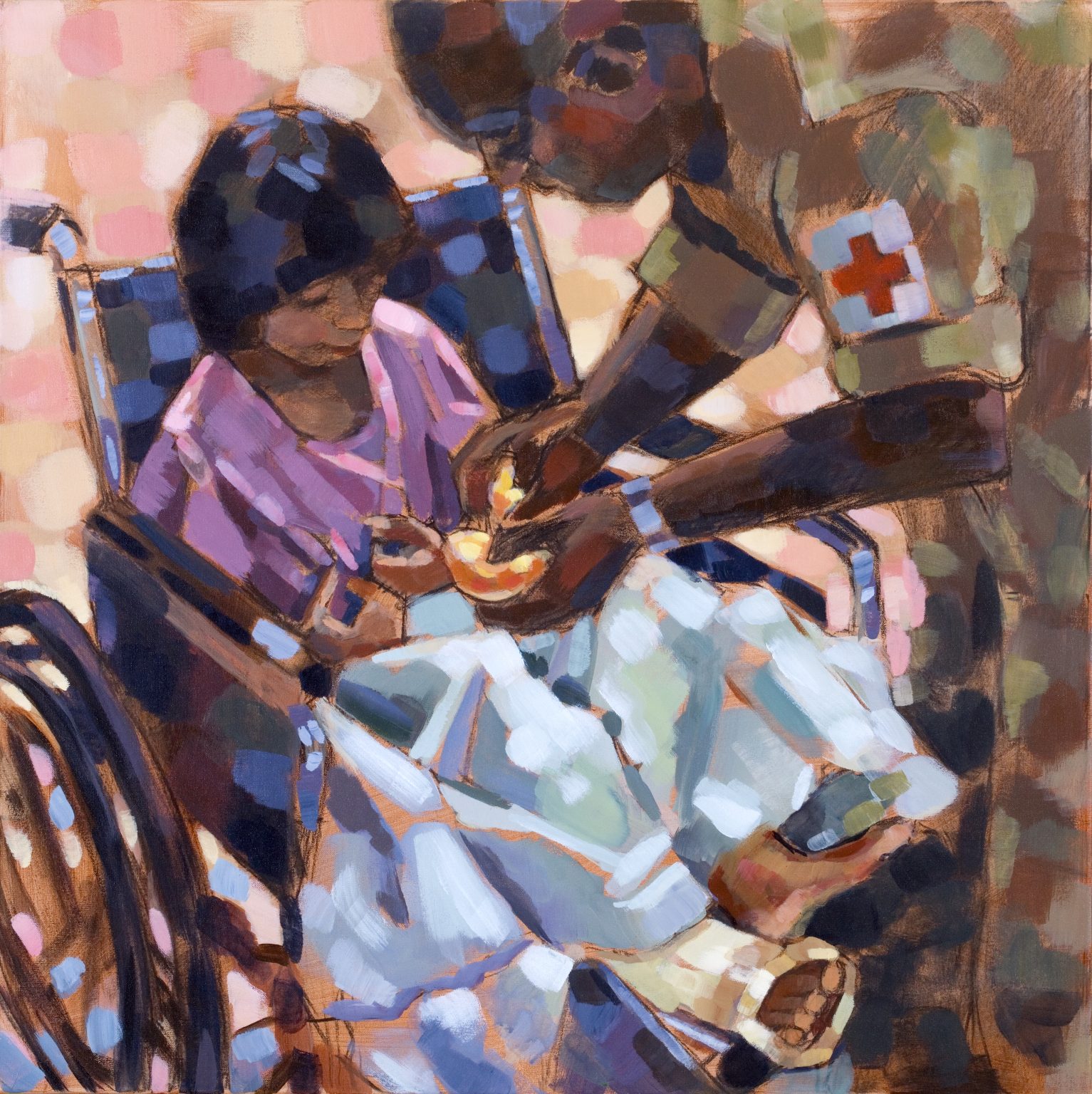 Maztlifa with British military nurse. It came as a shock to find a young girl being treated in a ward of adult men. Maztlifa, an 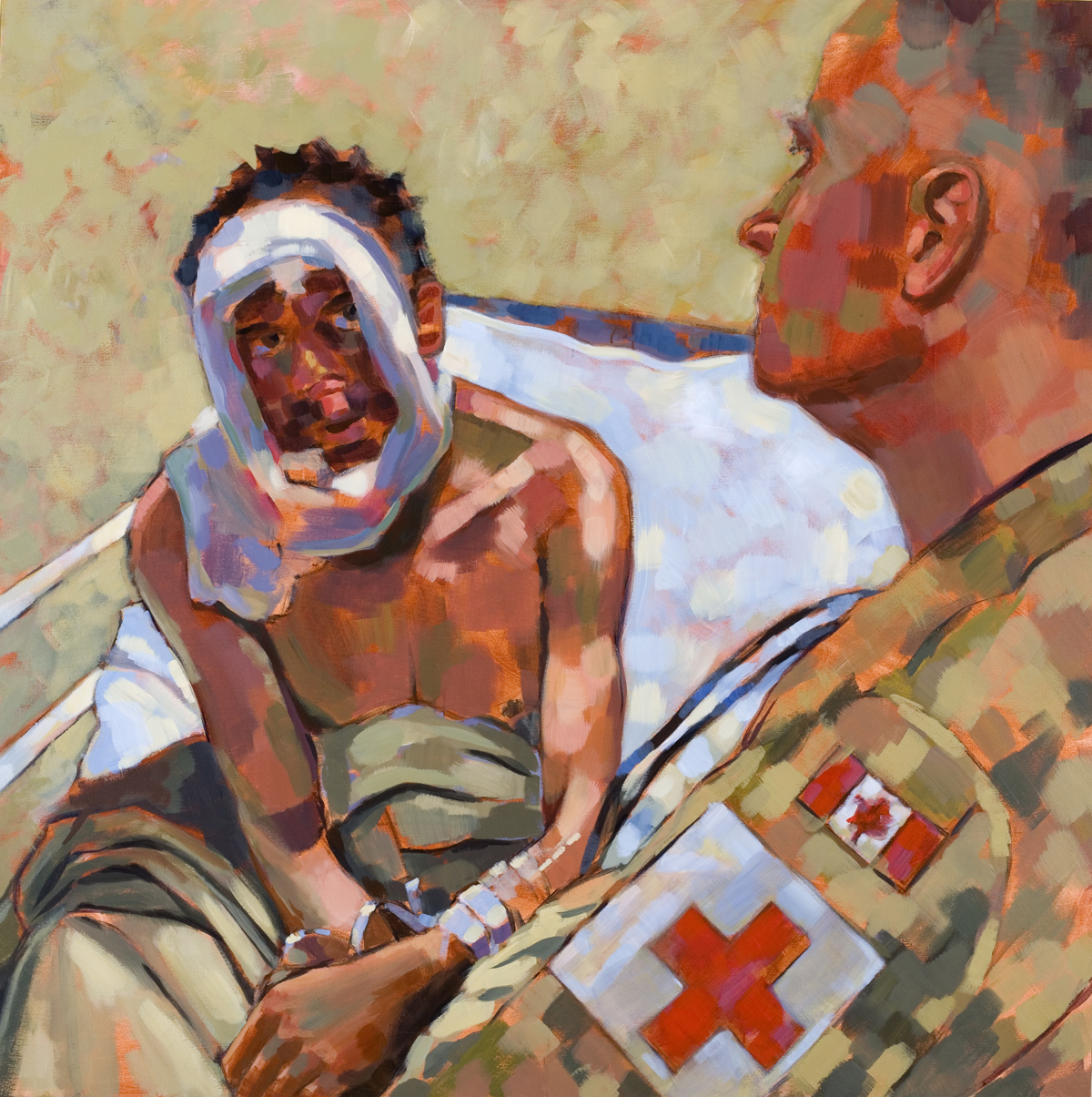 Habebullah, Col. Colin MacKay On my first morning at the hospital, Colonel Colin MacKay, head of Role 3, introduced me to the medical personnel, and

Karen Bailey is a painter of people. Through her representative style, she seeks to showcase beauty, honesty and, most importantly, humanity. From calligraphy to portraiture, her versatility and acute sense of observation led her to create works of great draftsmanship and sensitivity.
Karen Bailey has been influenced by her training in heraldry, calligraphy and illumination at the Reigate School of Art & Design, in England. In 1981, she graduated with honours and exhibited her detailed heraldic art at the Victoria & Albert Museum. She is a two-time recipient of the prestigious Elizabeth Greenshields Foundation grant for drawing and painting, which she won in 1983 and 1985. She has since explored a diverse range of subjects and media, from book illustration and courtroom drawing to portraiture. Her artwork has been presented in exhibits in Ireland, the United Kingdom, the United States and Canada.

In the past few years, Karen Bailey has been focusing mainly on depicting behind-the-scenes workers and under-recognized people. She usually works from life as well as from photographic reference in her studio in Ottawa. In 2006-2007, she was appointed as a military artist and traveled to Afghanistan to document military medical personnel at the Role 3 Hospital, in Kandahar. Triage is the resulting body of work and perhaps her best-known series to date. It reveals an oasis of hope amidst armed conflict, an intimate look at the victims and their healers. Her largest canvas to date, Blast Victims, was included in the War & Medicine exhibition at the Canadian War Museum, in Ottawa.
In 2012 Karen Bailey has been appointed by the Right Honourable Michaëlle Jean, 27th Governor General of Canada, to paint her Official Portrait. It is on now on public display at Rideau Hall, Ottawa.