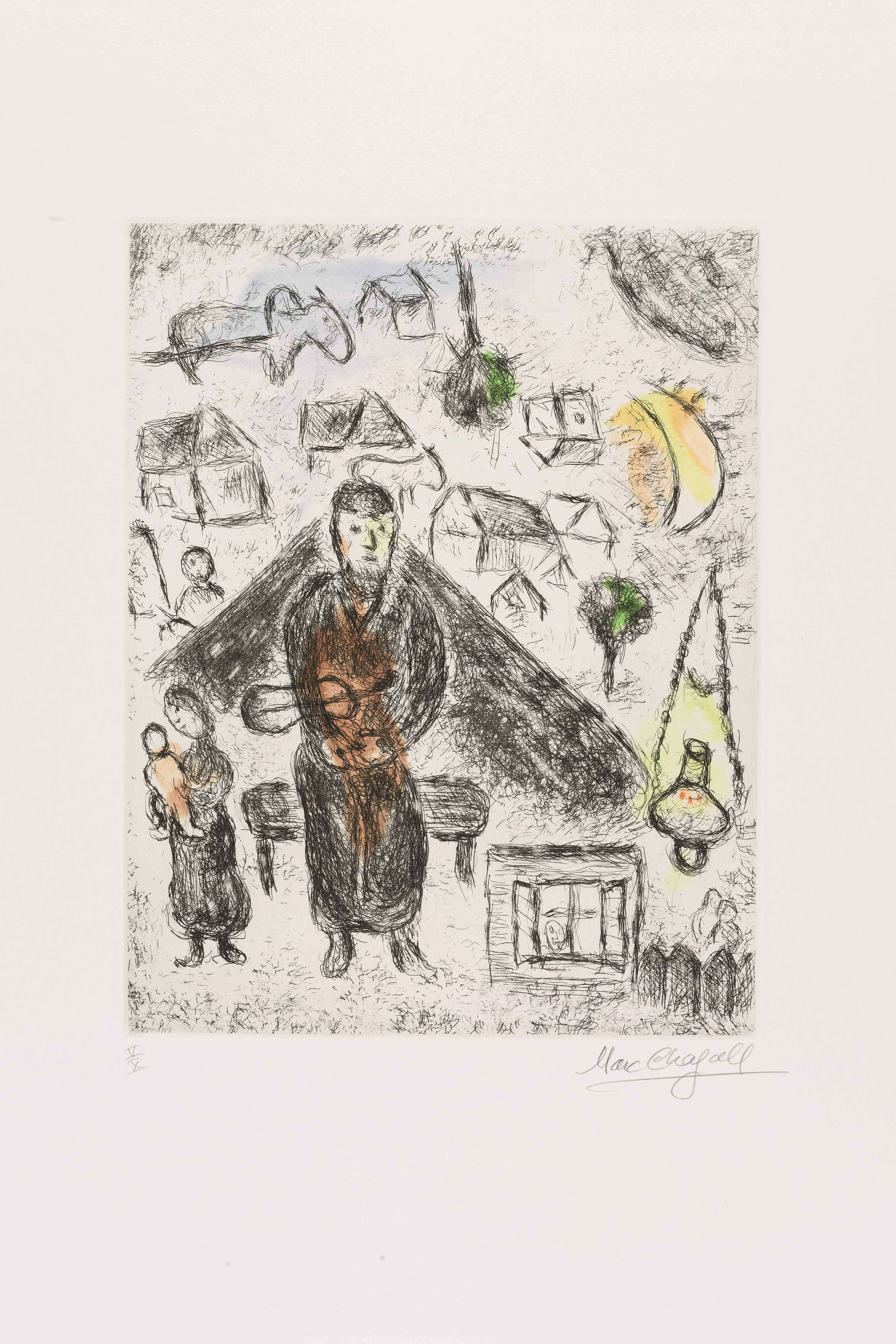 Marc Chagall (1887-1985)
Born into a Hassidic family in Vitebsk (now Viciebsk), Belarus, Moyshe Shagall received a traditional Jewish education. Determined to become a professional artist at an early age, Chagall received his first artistic training from a local painter, Yehuda Pen (1854–1937), and then moved to St. Petersburg, where he studied under Nicholas Roerich, and at the Zvantseva School. In 1910 he settled in Paris, changing his name to Marc Chagall. His participation in the Salon des Indépendants in 1912, 1913 and 1914, as well as in the Erste deutsche Herbstsalon in Berlin in 1913 brought him international recognition. Returning to Belarus for a family visit in 1914, the outbreak of WWI forced Chagall to remain in Russia for the following eight years, where he married, and after the October Revolution of 1917 was appointed Commissar for the Arts in his hometown Vitebsk. In 1922 Chagall moved to Berlin and in the following year back to Paris, where he received French citizenship. Spending several years in the US during and after WW2, he returned to France in 1948 and bought a house in Saint-Paul-de-Vence near Nice, where he lived until his death in 1985.

Chagall worked in various media: painting, sculpture, prints, drawings, ceramics, stage designs and stained glass. Famous for his sweet, dreamlike imagery, Chagall was approached by Surrealists to join their movement in the 1920s, which he refused. His art strongly reflects his Jewish-Russian identity and focuses on themes from religion, mythology and folklore. He distinguished himself as a master colourist.

The complete portfolio comprising twenty etchings printed in colors, 1981, numbered 5 on the justification page, each print signed in pencil and numbered V/X (from the total edition of 60), on BFK Rives wove paper (20 prints)