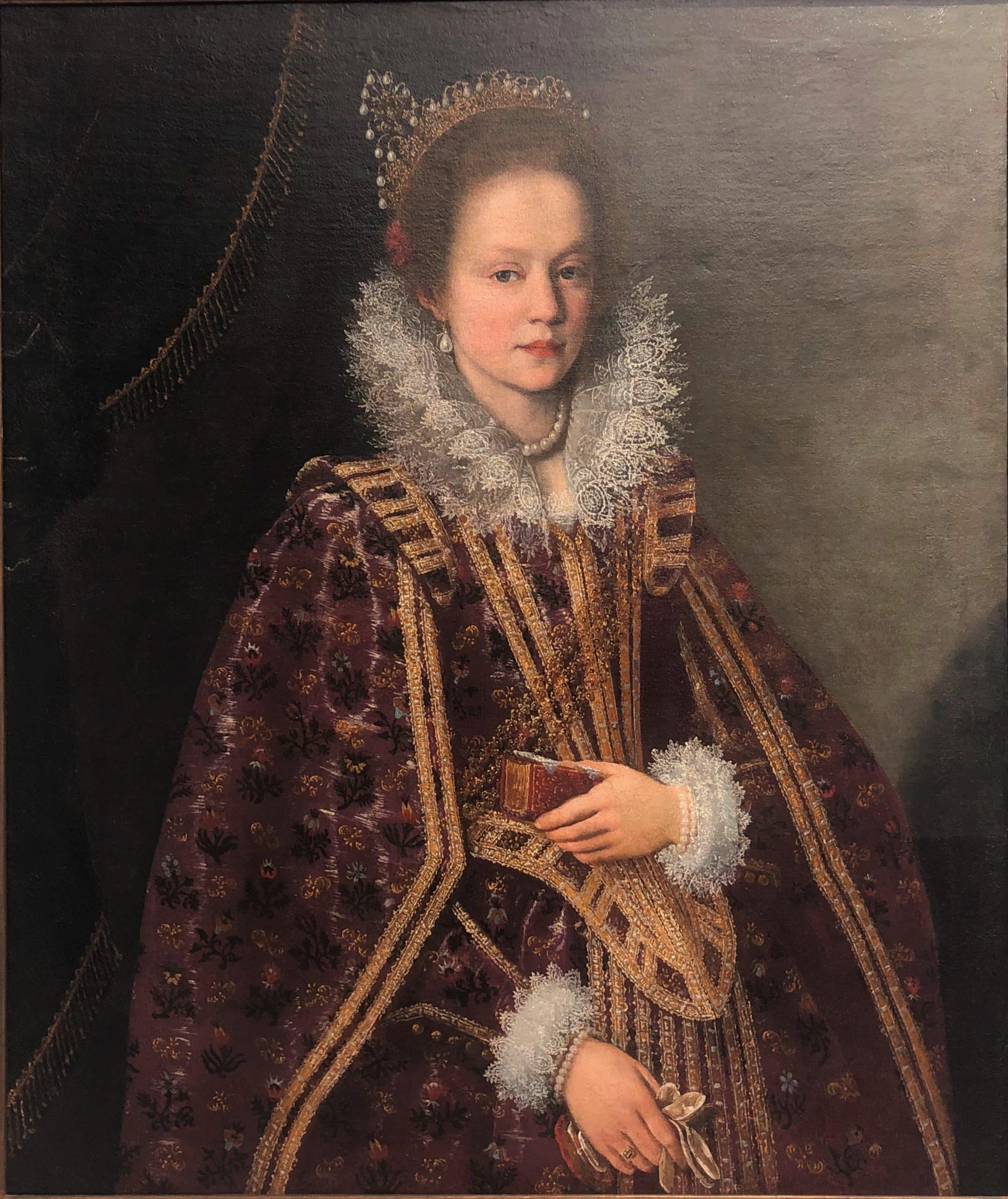 PORTRAIT OF A YOUNG LADY, THREE-QUARTER LENGTH, IN AN EMBROIDERED MAROON BODICE AND SKIRT WITH GOLD BRAIDING AND A RUFF

This fine portrait of an elegant young lady was formerly believed to be the product of an anonymous Florentine artist. Further research into the picture’s

Born in Rome in 1578, and trained by his father, the artist Ludovico Leoni (1542-1612), Ottavio Leoni was one of the most influential Roman portrait artists of the early 17th century. While most renowned for his accomplished, vivid portrait drawings in coloured chalk on paper, of which hundreds have been preserved in museum collections around the world, contemporaries wrote that Leoni also created large numbers of paintings in oil, both portraits and other subjects, of which only a few have survived.
Ottavio Leoni’s earliest drawings are dated to the year 1600. In 1603, Ottavio was involved in a libel action brought against Caravaggio (1571-1610) by Giovanni Baglione. A year later Ottavio became a member of the Accademia di San Luca and was elected principe in 1614. He married Caterina Cucchiarona Telli, a widow, in 1616, and made her son Ippolito his apprentice. Ottavio Leoni’s most prolific patron throughout his career was Cardinal Scipione Borghese (1577-1633). Records show, that the cardinal made five payments between 1612 to 1621 to Leoni for paintings he commissioned. In 1621, Leoni was assigned membership to the Virtuosi al Pantheon, a pontifical academy under the direction of the Holy See, and in 1628 donated a painted portrait of Pope Gregory XV to the institution. Leoni fell ill and died in 1630.