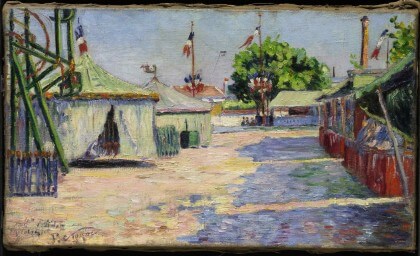 It was in 1880, visiting an exhibition by Claude Monet, when the then 16-year-old Paul Signac decided to devote his life to painting. His surroundings 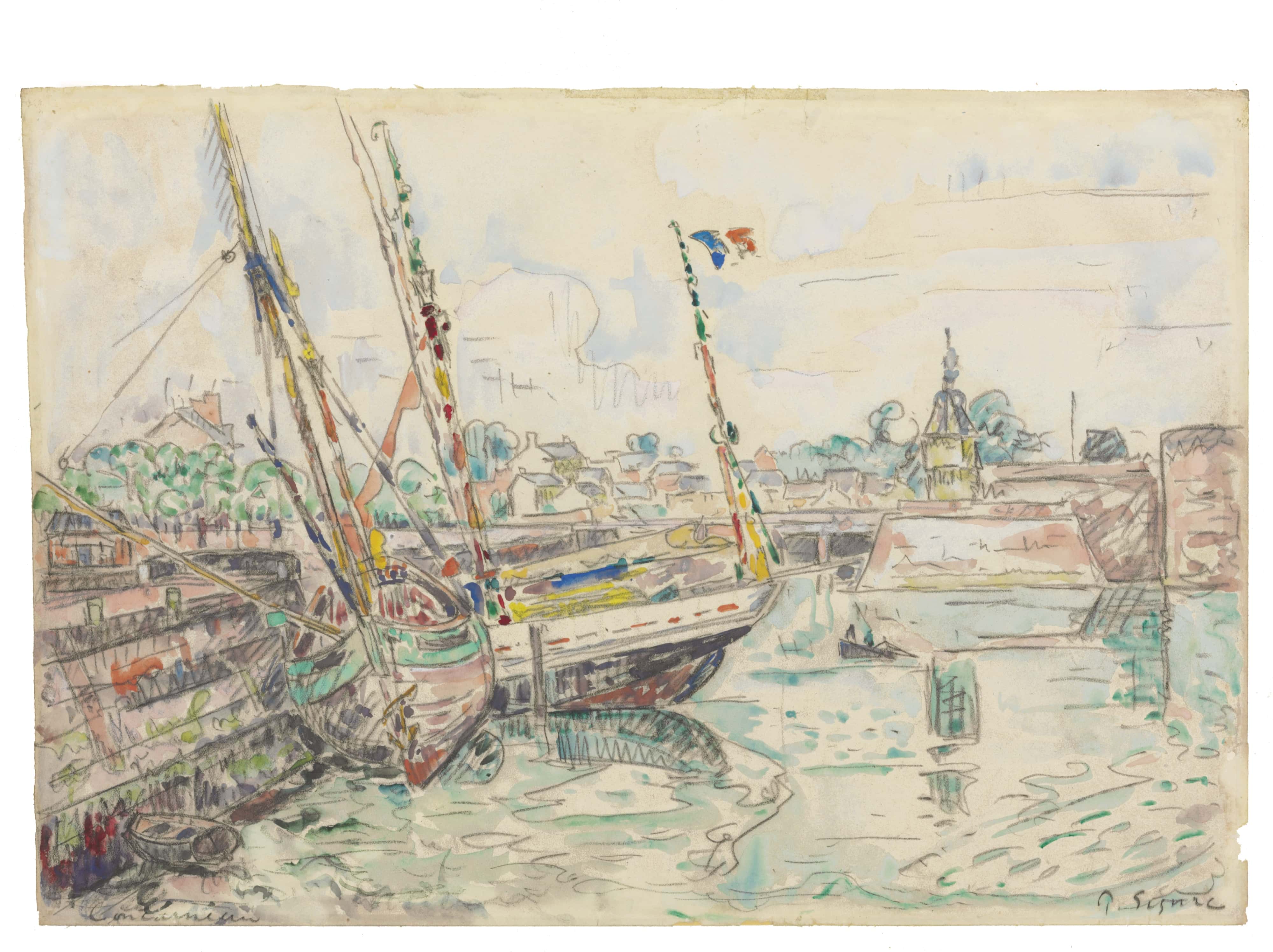 As an avid sailor, Paul Signac was drawn to boats, harbours, and the sea throughout his life. In 1891, he visited the port of Concarneau 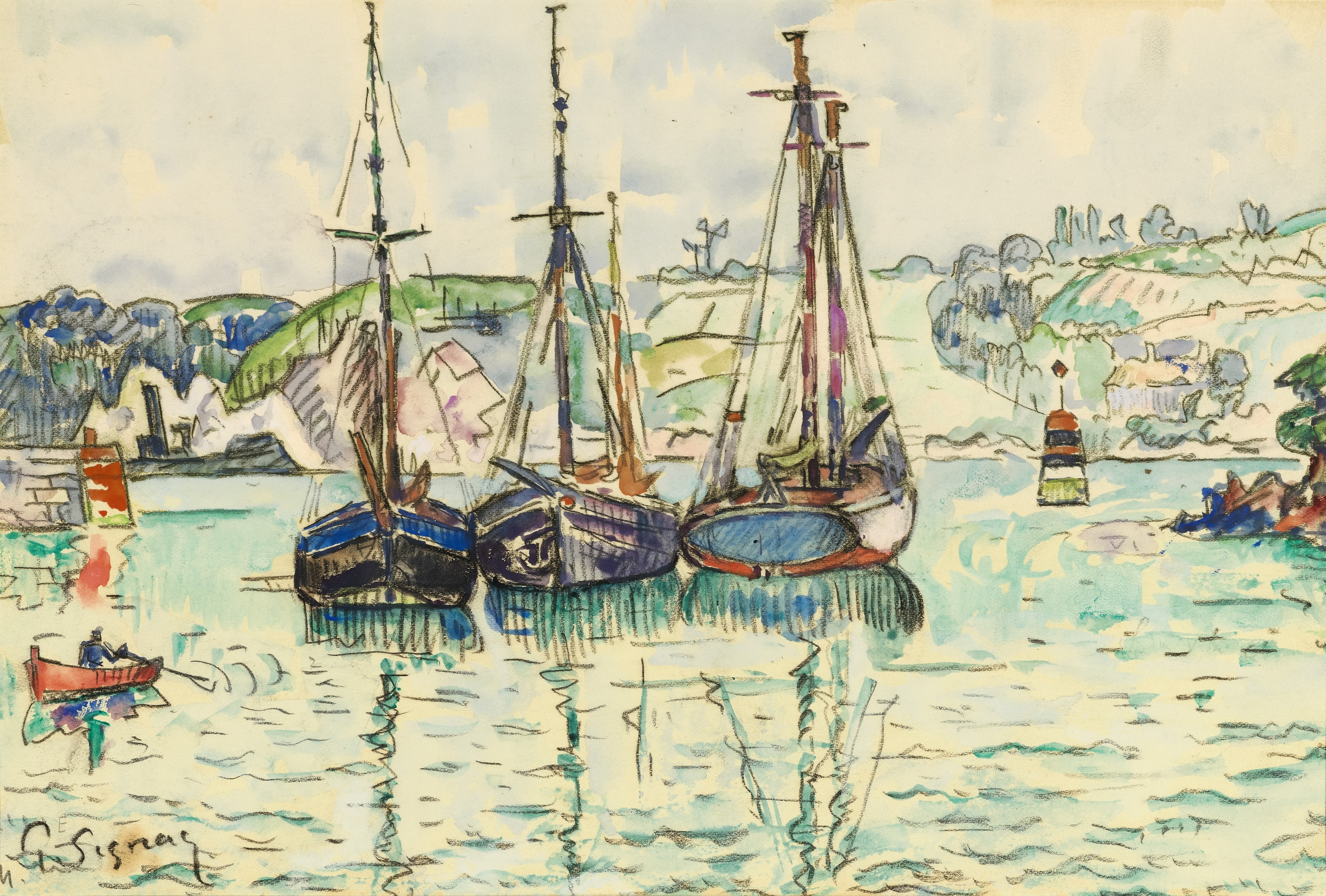 From 1924 to 1931, Paul Signac spent his summers at Lézardrieux, a hamlet in Northern Brittany, overlooking the River Trieux, where he usually rented a

Paul Signac (1863-1935)
Paul Signac was born in Paris 1863 into a well-to-do middle-class family. Committed to become a painter at a very young age, he dropped out of high school. Largely self-taught and strongly influenced by Claude Monet, Signac started painting in the Impressionist style, but adopted Divisionism (also called Pointillism) after meeting Georges Seurat in 1884. In this technique paint was applied in dots of complementary colour – a technique that was based on the study of optics – which created a vibrating effect of light on the canvas.

After Seurat’s early death in 1891, Paul Signac became the key figure in the Neo-Impressionist art movement. While strictly observing the rules of the Divisionist colour theory in his oil paintings, Signac allowed himself more freedom in his watercolours, which are executed in fluid brushstrokes. A passionate sailor during all his life, Signac’s favourite subjects were landscapes, usually including water and boats. He died in Paris in 1935.