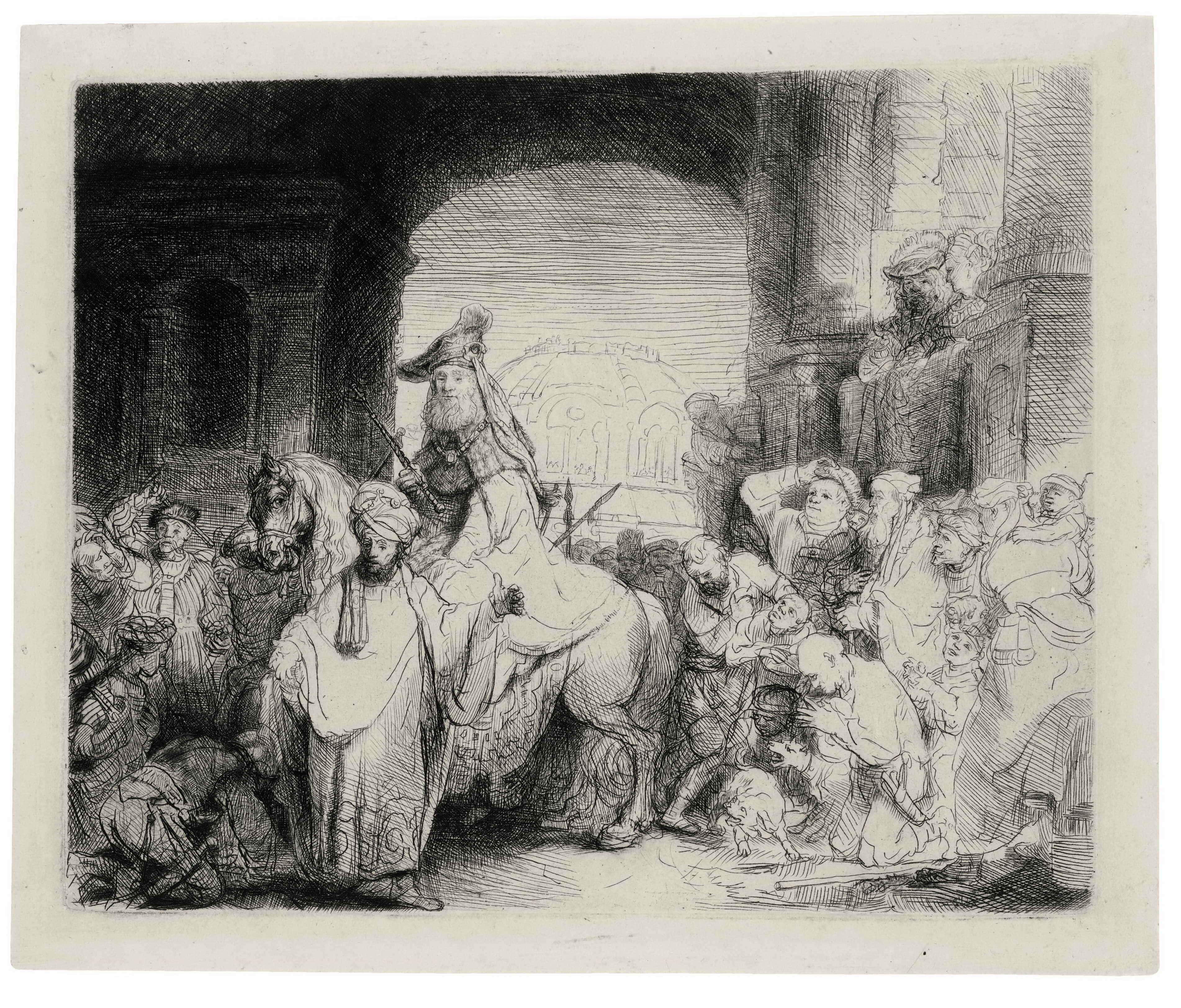 The Triumph of Mordecai 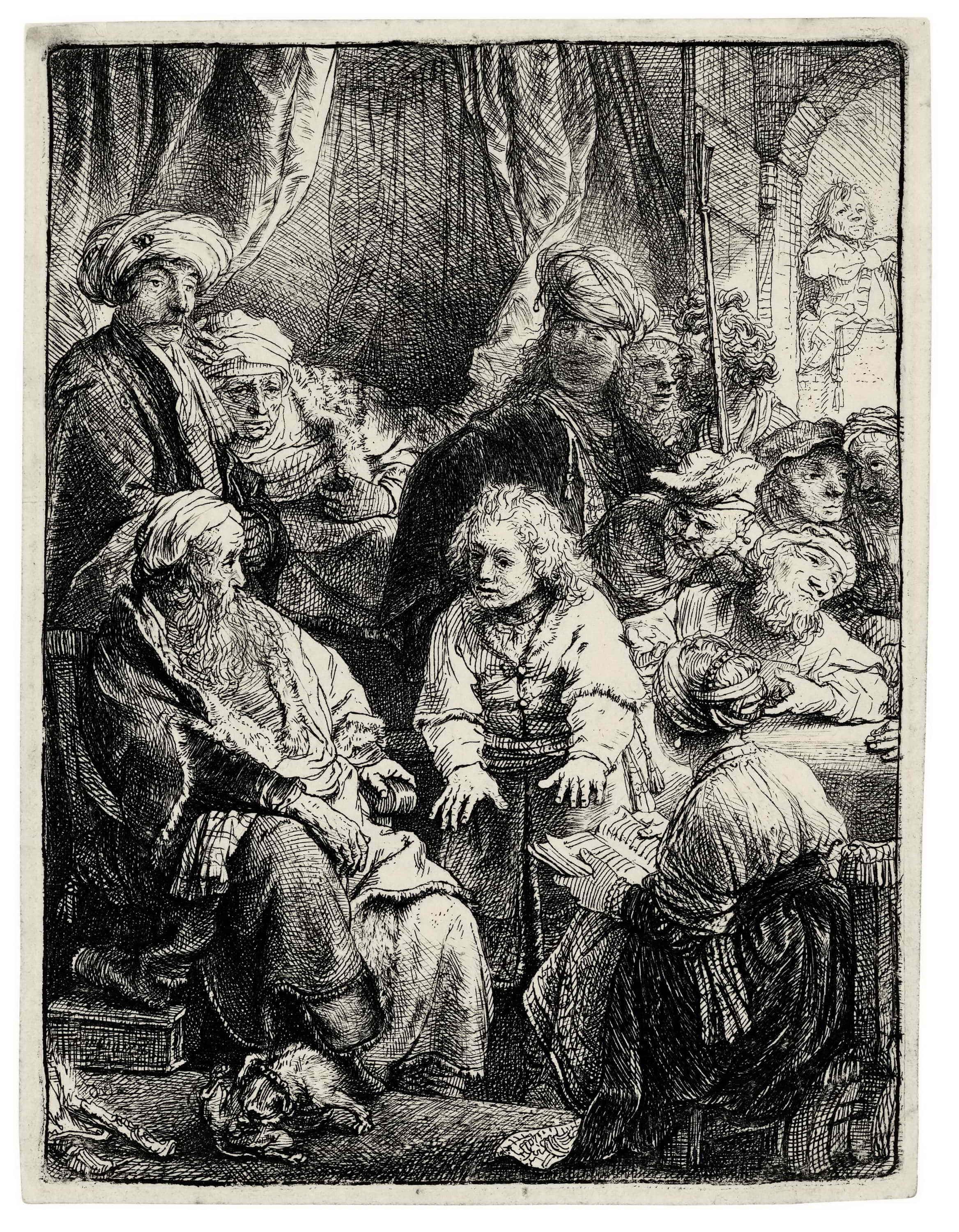 In the biblical story from the Book of Genesis, Joseph, the 11th and favourite son of Jacob and Rachel, recounts his dreams to his parents 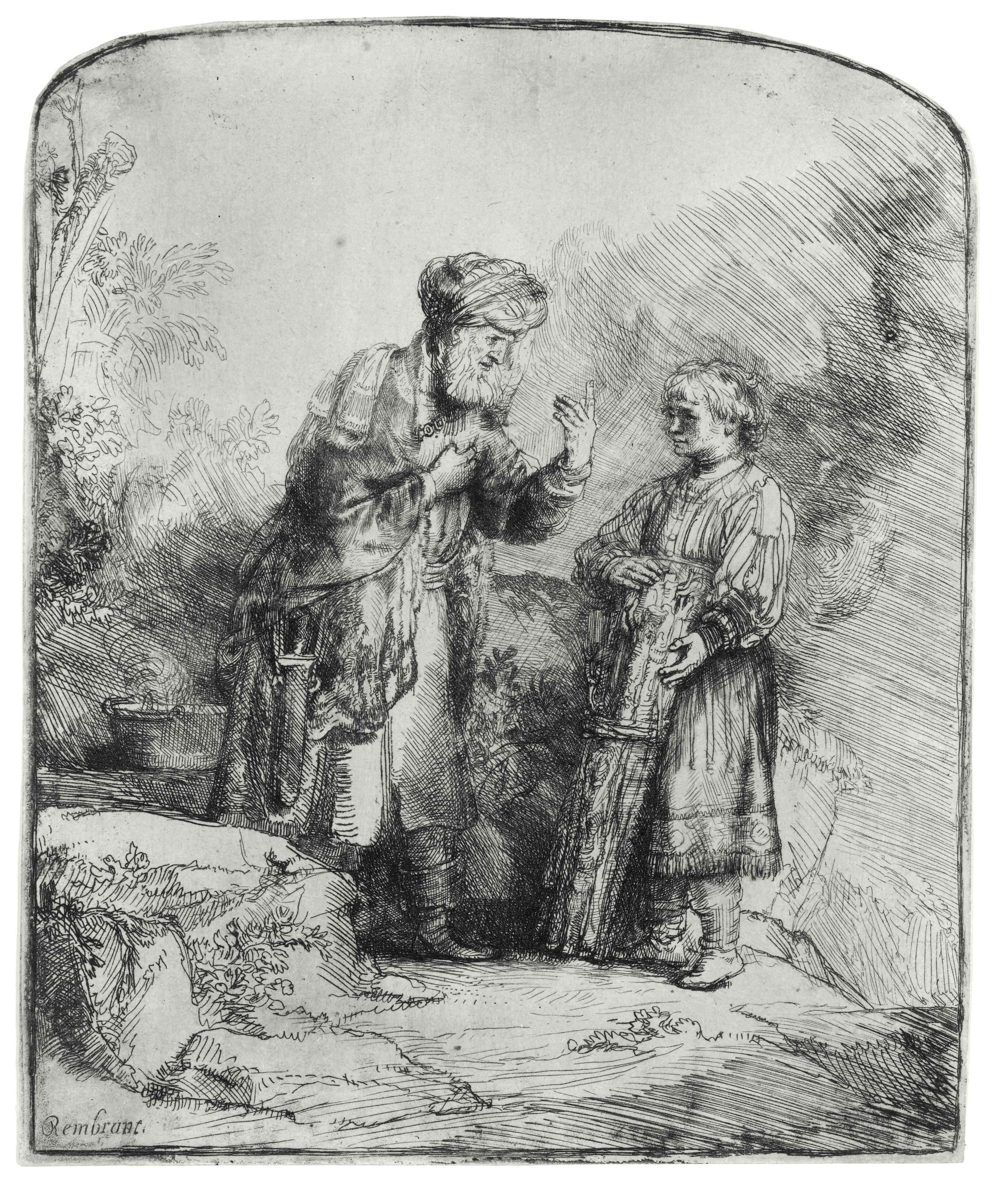 Rembrandt produced around 300 prints during his lifetime, many of them of biblical scenes. This etching shows a story from the Old Testament, in which 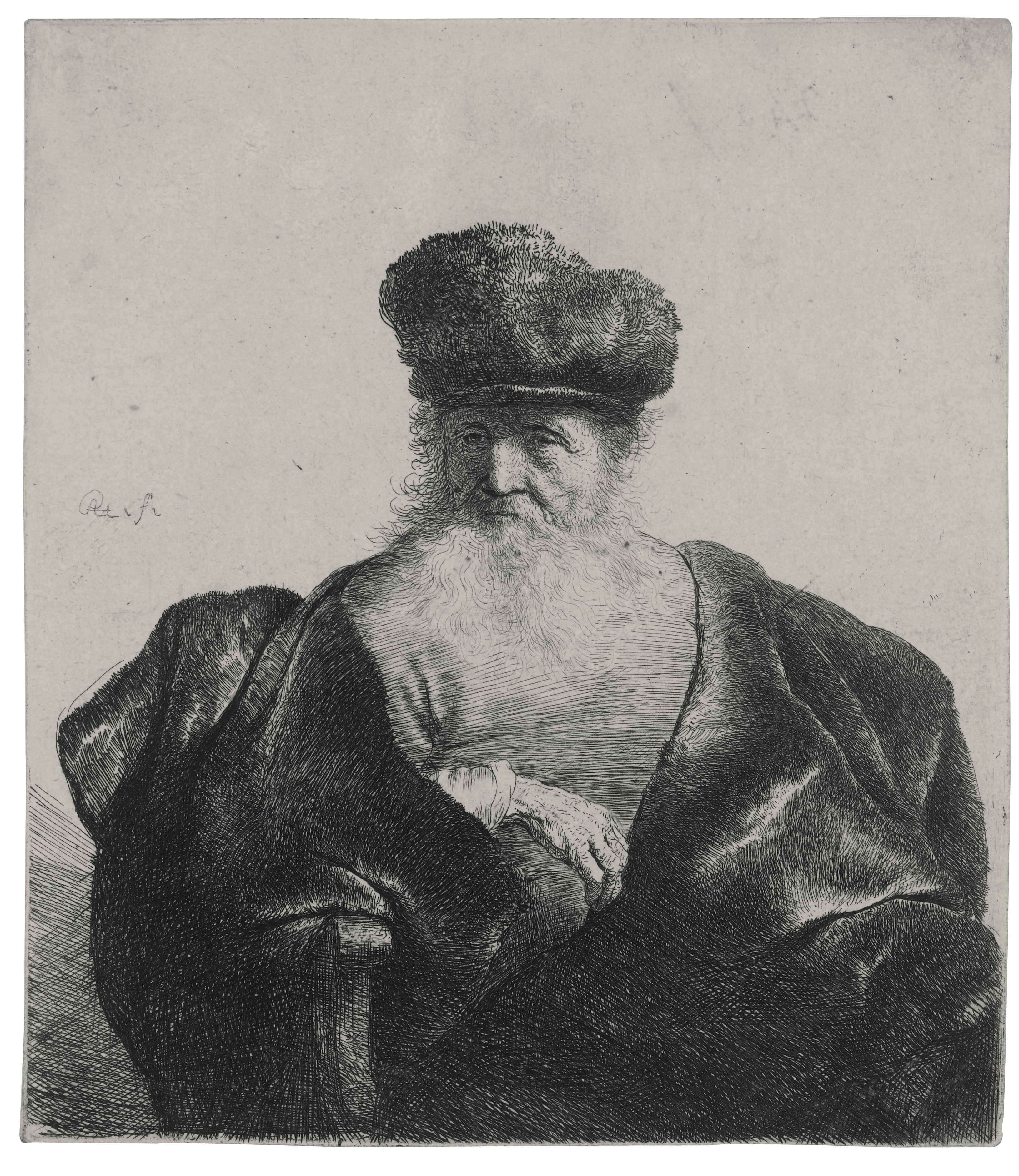 Old Man with a Beard, Fur Cap, and Velvet Cloak 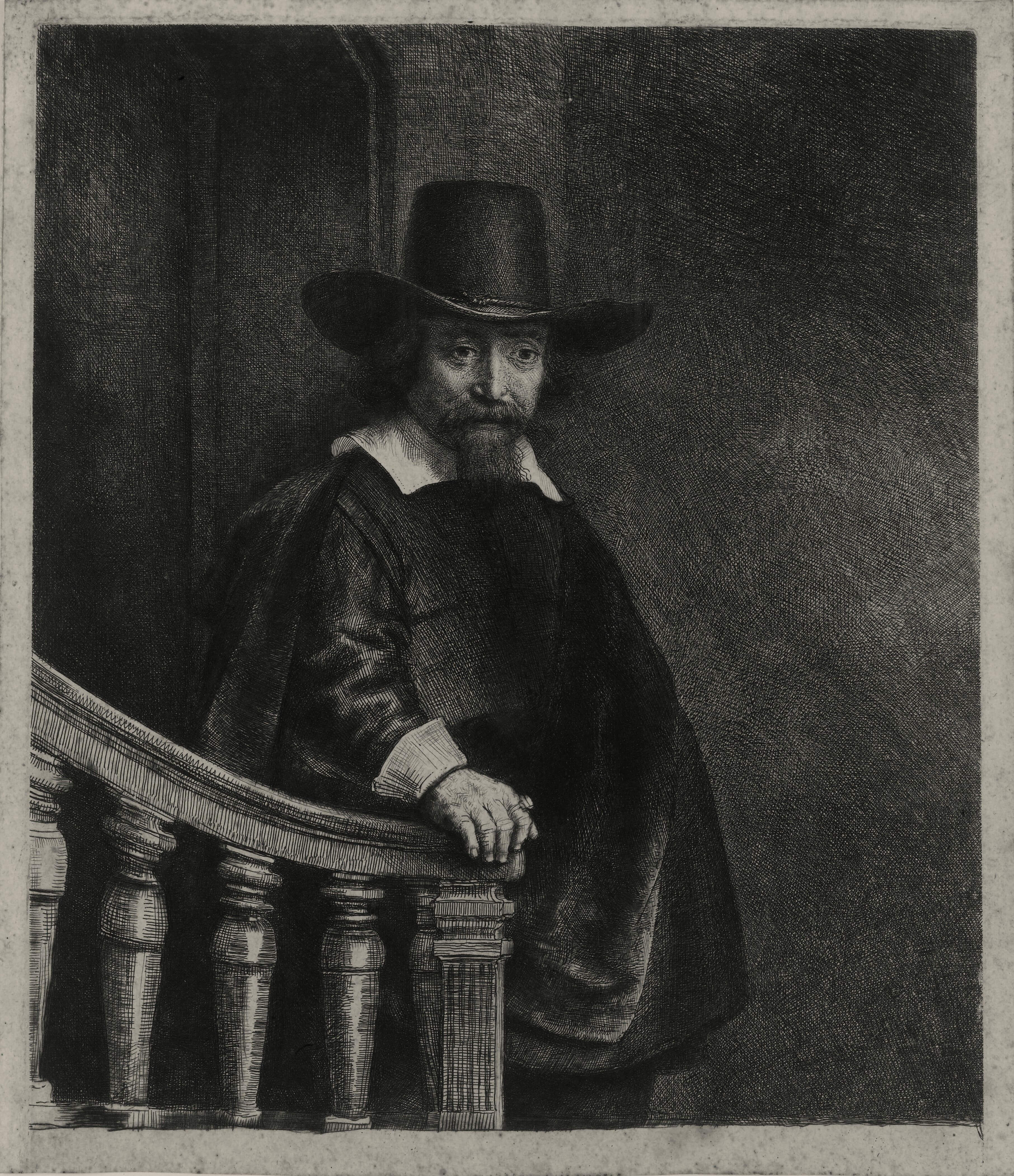 While Rembrandt was living in Amsterdam’s Jewish quarter on Breestraat between 1633 and 1635 and again from 1639 to 1658, one of his neighbours was

Rembrandt van Rijn (1606-1969)
Rembrandt Harmensz. van Rijn was born in Leiden, The Netherlands, in 1606, as the son of a miller. He attended Latin School and after briefly enrolling at Leiden University, decided to become an artist. Rembrandt received his first artistic training from Jacob Isaacsz van Swanenburgh (1571-1638) in Leiden, and later became a pupil of history painter Pieter Lastman (1583-1633) in Amsterdam. By 1626 Rembrandt worked independently in Leiden alongside Jan Lievens (1607-74), another of Lastman’s students.

After settling in Amsterdam in 1631, Rembrandt soon became a sought-after portraitist of wealthy burghers. His financial success allowed him to maintain a large studio with numerous apprentices and acquire a stately house. In 1634, he married his fist wife Saskia, who posed for many of his works, often as a biblical figure. The couple had four children of whom only one, Titus, survived infancy. Saskia died in 1642, the year Rembrandt completed the monumental Nightwatch (Rijksmuseum, Amsterdam), one of his masterworks.

His housekeeper Hendrijke Stoffels became Rembrandt`s second life-companion. The couple never married, but had a daughter, Cornelia, together. By 1656, financial troubles caused Rembrandt to lose most of his assets. He died in 1669, pre-deceased by Henrickje and his son Titus, never regaining financial solvency.

Rembrandt is most celebrated for his highly sensitive, un-idealized portraits, as well as his multifaceted depictions of religious and historical scenes. He was a master of chiaroscuro, both in his oil paintings as in his graphic works.